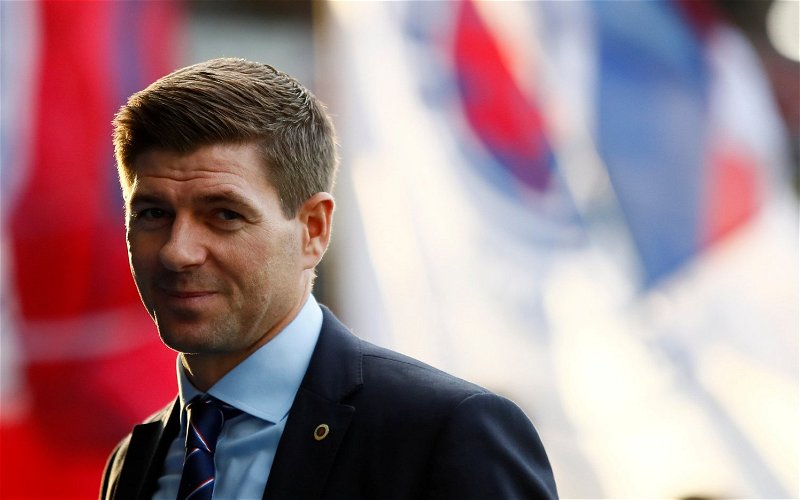 Rangers path to signing Heerenveen midfielder Joey Veerman has been made a lot clearer in the last 24 hours, however, it isn’t all good news.

The Daily Record has reported on PSV Eindhoven manager Roger Schmidt all but ruling his side out of the running for the 22-year old but there is an expensive reason why.

A fee of £8.5millon is said to be the fee needed to secure Veerman’s services, if Ross Wilson can work his magic in other areas and we see a departure or two, it’s not out of the question, but it’s certainly right on our limits of affordability.

It would also appear that PSV are in a similar position to our own when buying players from “rival” domestic sides, as explained by Schmidt as he gave an insight into what Veerman could bring to Rangers:

“Veerman is a very good player, especially with the ball. He always has good attacking ideas, makes good decisions under pressure and always looks ahead. He has great vision.

“He is very good at providing for the wingers and the strikers. So Veerman is a great player, I am not going to deny it and we are always looking at improving the team.

“‘I’ve only been here for a year now, but I already know that it is not easy for PSV to buy players from other Dutch clubs. They are always very expensive. I don’t know if we can just get top players from the Eredivisie.

“I also don’t know what Veerman will cost exactly, but when we talk in the Netherlands internally about players like him, it’s very evident we won’t be able to afford his transfer fee.

“PSV can’t spend that kind of money. The point of reference for us is Ajax. They have a good team and a very big budget. We do not.”

As Michael Beale said, to compete in the Champions League we need to go to the “next level“, Veerman would certainly help in that regards, but with quality comes a price, and not all players can be acquired on pre-contract agreements similar to the one that could see Fashion Sakala sign for Rangers in the very near future.

We’ve seen at first hand this season the importance of having strength in depth and what can happen – see across the city – when you don’t replace quality with quality.

Previous Rangers regimes used to wait until after the Champions League qualifiers before adding to the squad, I just can’t see this one making the same mistakes and if Veerman has been identified as a player that will help us compete against the best then I’d expect Steven Gerrard to be backed in the same way that he has been every summer since he arrived.