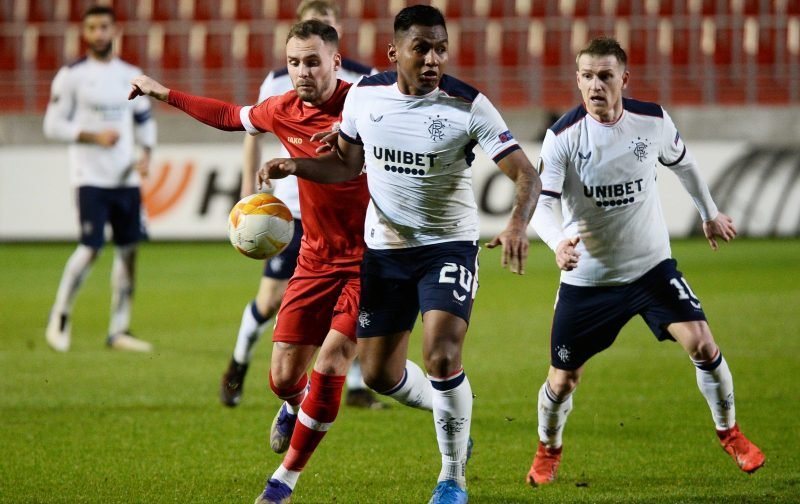 After Alfredo Morelos’s outstanding Europa League display against Royal Antwerp the Colombian international has once again proven himself to be one of the continent’s finest at that level.

El Bufalo, despite not getting on the score-sheet himself, demonstrated exactly why Rangers are looking for over £20million to let him go with two assists and being directly involved in the two penalties that were awarded by the whistle happy referee.

It is at this level, not in the Scottish Premiership, where he will be judged, against international defenders and experienced managers, not against teams who put ten men in the box.

Ross Wilson and Steven Gerrard will have been making plans for his departure for some time and Oostende forward Fashion Sakala has been rumoured to be interesting the Ibrox requirement team for some time, the Zambia international said to be looking to secure a move to a Champions League team when his contract expires in the summer.

Sakala has 13 goals in the Jupiler League this season – better than a goal every two games – and the 23-year old certainly fits the mould in terms of our signing strategy, so does Vital Rangers preferred option though – Ignacio Ramirez.

The 24 year-old Uruguayan youth international is in prolific form this season in his homeland with seven goals in eight appearances and 41 in his last 55, he’s been tipped by South American football expert Simon Edwards to replace Morelos although their styles of play are slightly different.

Ramirez’s contract ends in December so, like Sakala, he wouldn’t be expensive, however, he doesn’t have experience of European football, if it’s possible, I’d still like us to go for the Uruguayan before he ends up at a club like Feyenoord or Midtjylland.

If you had the choice, which one would you pick?

Who do you pick? 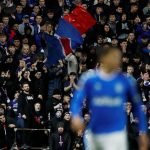