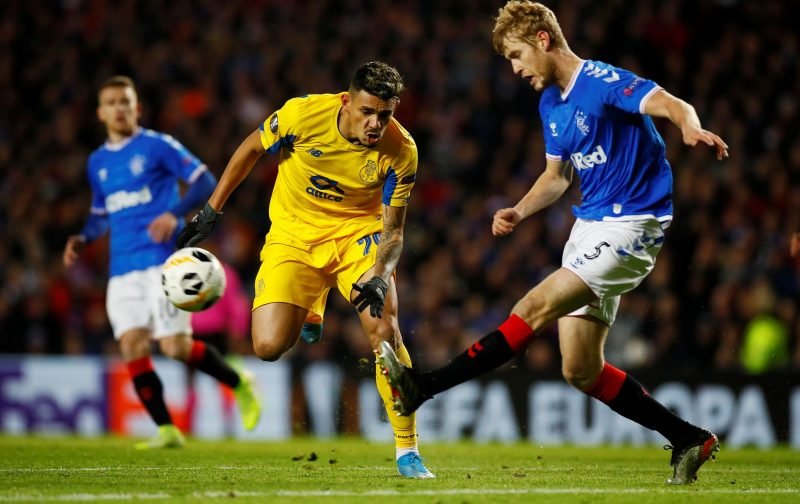 Rangers currently have three centre-halves on the treatment table, all internationals, and yet they were still able to see off Celtic comfortably on Sunday.

The biggest difference between the two sides this season has been the scouting and new boy Jack Simpson’s defensive performance against Celtic suggested that once he settles in to life at Ibrox, he could be a more than decent player.

Being proactive in recruitment has been key and Ross Wilson is said to be eyeing the next Filip Helander in the shape of £1.8million rated Dutch youngster Danilho Doekhi, of Vitesse Arnhem, who, according to Alan Hutton, would perfectly fit the current transfer model being employed at his old club, as told to Football Insider:

“They obviously do their work on the scouting side.

“They look into the potential these players have. If they can, they’ll sell the likes of Helander and replace them with someone who fits the bill.

“Someone they can mould into their type of player, that’s how Rangers are working now.

“Bringing in youth players who are hungry to do well and then get them in the Premier League for a fee.

“This guy sounds talented and the scouts will have watched him for a long time, he obviously fits the bill.”

Doekhi could well be a target but much like Joey Veerman at PSV, I’d expect us only to go for him if there is at least a couple of departures first, rumours of interest in Helander from the Premier League isn’t surprising given the big man’s love for defending and it may be that trading him in for a younger model is a genuine prospect.

Hutton is right, we shouldn’t get too attached to our players now given how the club is going to be operating going forwards, there will be players leaving, but we should trust the recruitment team to get the decisions right about who comes in to replace them.