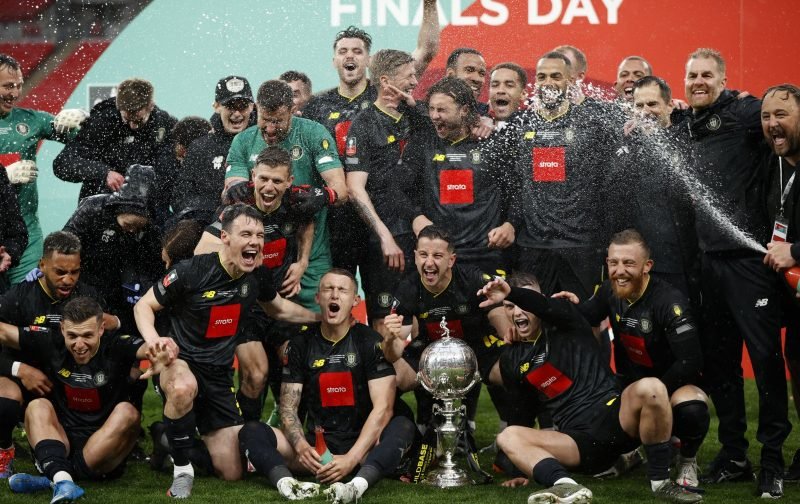 Rangers youngster Josh McPake experienced a taste of success after his Harrogate side won at Wembley on Monday.

The Yorkshire outfit triumphed over Concord Rangers in the tournament for non-league clubs – ironically as Harrogate play this season in League 2.

The delayed final throws up the anomaly of Town only holding the trophy for less than a month, as reported by the Daily Record:

‘Rangers youngster Josh McPake has won his first piece of silverware after Harrogate Town’s FA Trophy win – but the club will only be holders for three weeks.’

‘The 19-year-old Coatbridge starlet, who is on loan at the English League Two outfit, guided Town to a 1-0 win over National League South side Concord Rangers at Wembley yesterday to claim the first senior honour of his career.’

‘McPake joined in the celebrations with his team-mates as they claimed the trophy in front of an empty stadium and they will need to make the most of being the reigning champions, as the tie determined the 2019-20 winners, with the fixture postponed from last season due to the pandemic.’

Not a bad way to finish the loan 🤩🏆 pic.twitter.com/G5YwDEQQMY

McPake has impressed in League 2 and will now head back to Ibrox in the Summer aiming to make an impression on Steven Gerrard.

Whether a further loan spell awaits or if he can hold down a berth in the squad remains to be seen.

The player’s development has been aided by this loan agreement – proof, if needed, that the system does work.

How far can McPake’s potential take him?