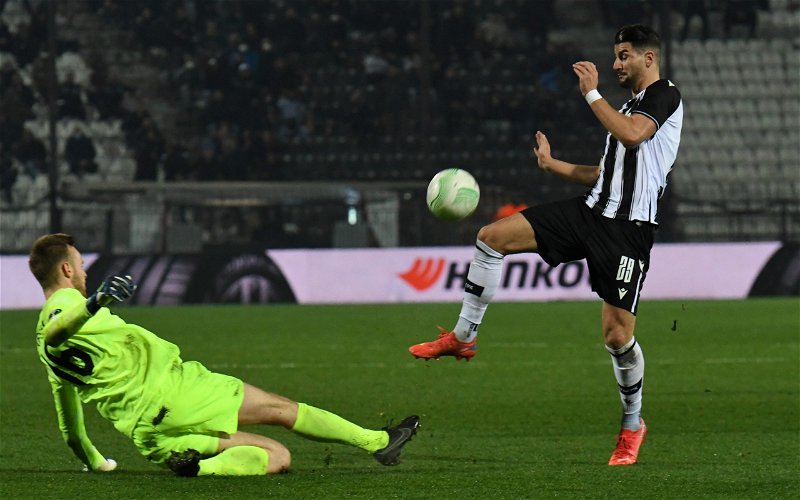 Rangers look set to tie up the signing of Antonio Colak in the coming days, a fee of around £1.75million said to be enough for PAOK Salonika to let him leave.

It’s clear that, after letting Cedric Itten go, Giovanni van Bronckhorst is looking for another attacking option that he can turn to to keep Alfredo Morelos sharp, lessen Kemar Roofe’s workload and so that we avoid the scenario of the last few weeks of the 2021/22 season where we ended up playing without a striker and unable to give Joe Aribo a much needed rest.

For the fee involved, we won’t find many better than Colak, a striker with nearly 200 goals and assists to his name in 350 games and has been capped by Croatia as recently as 2020, a return to form could easily see him recalled because, as proven by Borna Barisic and Josip Juranovic, playing in Scotland isn’t a hindrance to international prospects.

Other than his basic statistics and his performance against us at Ibrox in the Champions League qualifiers, it’s easy to see why we would want to sign him as shown by these You-Tube compilation videos of his time at Malmo and Croatian side Rijeka.

What’s noticeable is that he scores every type of goal and is competent with either foot and his head, however, what sticks out for me is that when he is one-v-one, he doesn’t panic and just blast the ball, he picks his spot or waits for the keeper to commit, a great indication of a confident and composed finisher.

As reported by Vital Rangers, we face competition for his signature in the shape of Turkish side Fenerbahce, so there isn’t much room for playing the long game and being patient, if we really want Colak and he has been identified as the best man for the job; pay the money, pay the wages and get the deal done.