“You been to the gym?” – Tavernier pulls up Gers prospect in behind the scenes footage 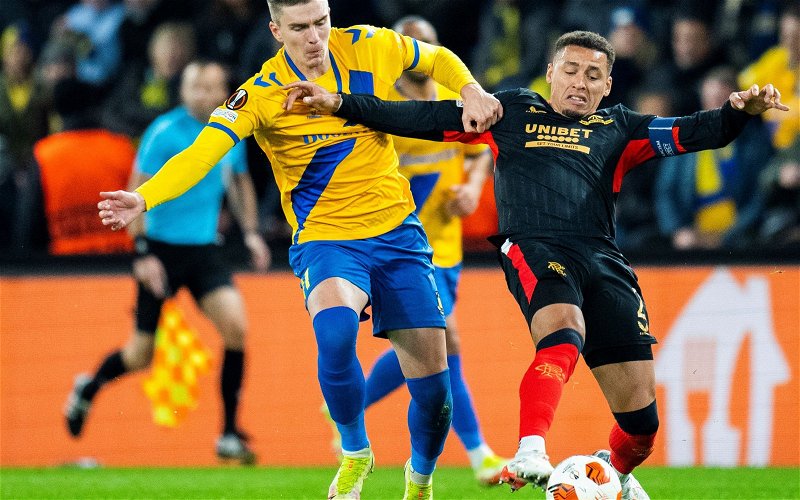 Rangers TV is well worth the £5.00 per month for it’s basic package, the only surprise is that the club hasn’t realised this and put it’s prices up. Full matches, highlights, special features, interviews and behind the scenes access, all part of the package that provides almost daily content for fans.

The latest series is a tour around Auchenhowie with James Tavernier, as the skipper takes a camera crew around the club’s training facility and introduces us to those less well known faces behind the scenes that are every bit as important to what happens on the park.

🎥 Tav’s Training Ground Tour: Go on a tour of the Rangers Training Centre with @James_Tavernier as the captain gave @RangersTV a tour towards the end of last season.

In the first episode there is only one other player seen on camera and it is academy graduate Alex Lowry who will be expected to make an even bigger impact on the first-team next season after impressing in the few starts he had and his cameo appearances off the bench in the second-half of last campaign.

Tavernier, bumping into Lowry in the corridor asks the teenager what he is up to and in a demanding tone asks “have you been to the gym?”, making sure that the youngster is doing everything he can to fulfill his potential and keeping him on his toes.

When Lowry then motions for Tavernier to feel his chest as proof of his efforts it provides a fascinating glimpse into how the captain sets the standards for other members in the team, after all, if there’s anyone in the squad that could do with gaining a few pounds it is the Scotland youth international, Tav telling him “maybe you should go back in the gym, lad”.

At the end of last season, despite playing nearly 60 games, we looked fitter and stronger than every team we came up against and there is a reason for that, there is a positive culture set by the likes of Tavernier, Connor Goldson, Steven Davis and Allan McGregor that you only get out, what you put in – hopefully, Lowry has been paying attention.