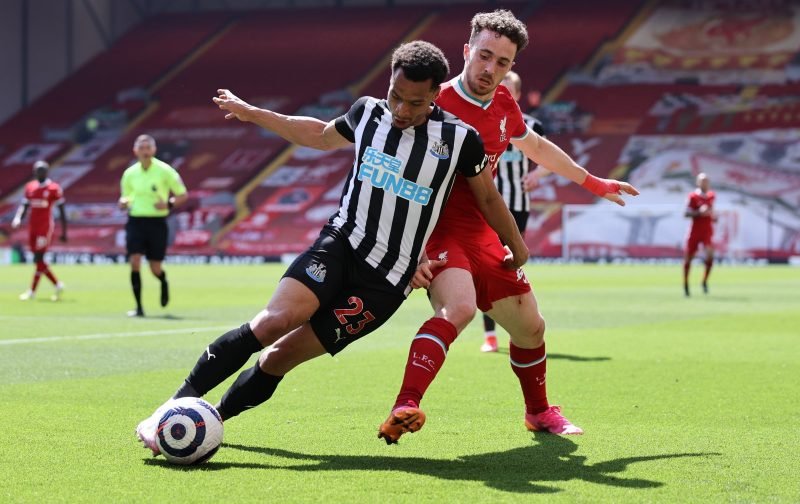 Rangers failed in a bid to sign Jacob Murphy on loan this time last year, however, they continued to be linked with the versatile wide man throughout the season.

Initially it had been though that the £12million signing from Norwich City had been coming to the end of his contract at Newcastle United, however, it has since been revealed that he still has a year left to run, he won’t be available for free but he will still be on the market for a lot less than the Tynesiders originally paid for him.

As Vital Rangers exclusively revealed though, Ross Wilson isn’t actively looking for anymore forwards at this moment in time and is instead prioritising the middle of the park, with this in mind, the news that Bayer Leverkusen and Galatasaray have joined Leeds United in the race for Murphy’s signature will all but rule out the Ibrox side altogether.

For free, Murphy would have been a bargain and would certainly have improved the first XI but with Fashion Sakala now on board there simply isn’t any need for any more additions, especially one that would command Premier League level wages.

There are enough good players going about that would fit our transfer model better, splashing out millions in an area that we area already well catered for just isn’t going to happen.

We are well on our way to the fabled land of self sufficiency, with the right transfer fees for players that depart and more business like the deal that saw Sakala arrive for free, it isn’t as far away as we might think – if we avoid entering bidding wars for players like Murphy.