The move Wilson should make to solve Gers defence issue 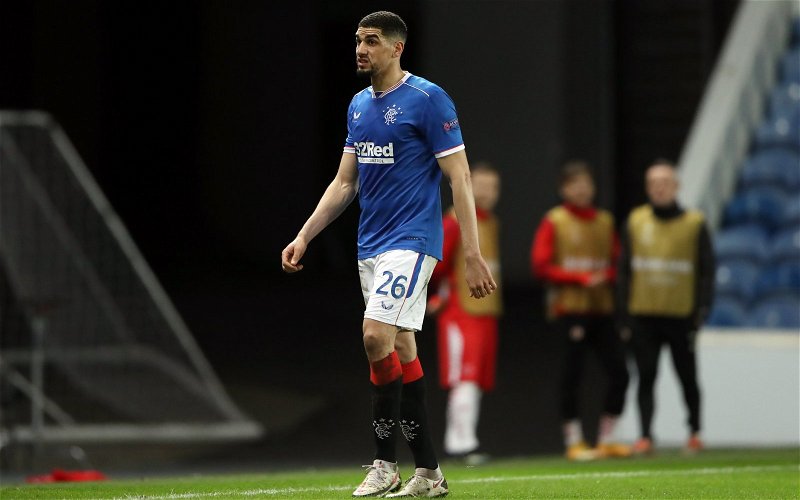 There is no questioning that Filip Helander and Leon Balogun have been key players for Steven Gerrard in returning the Scottish Premiership title and respect on the continent to Rangers.

There is, however, one small problem. Neither of them are as robust as their partner in the centre of defence – Connor Goldson.

The vice-captain missed his first game for 81 games against St Johnstone and, of course, it wasn’t because he was injured or suspended, it was because he has been identified as a close contact of someone who tested positive for Covid-19, as unlucky a way as you can get for his run to be broken.

Helander, every season he has been at Rangers, has missed a large period of games, balance that up with him only losing one league game during this time at Ibrox and you can see how frustrating it must be for the gaffer not being able to pick him every week.

We can’t continuously rotate the big Swede and Balogun, sooner or later we will have to identify replacements that are available and can play every week, the position that they play is easier on the body in terms of putting miles on the clock and it isn’t too big an ask – there is though, a reason why we were able to get two experienced internationals for a combined price of £3.5million.

Signing players like George Edmundson and Jack Simpson is fine in terms of selling them on at a profit and providing back-up, but we need someone like Danilho Doekhi who would add quality to the first team, is soon to be available on a pre-contract agreement, has huge potential in terms of sell on value and has shown that he can cope with playing every week.

Ross Wilson tends to be proactive in the transfer market and I’d be surprised if Helander’s latest injury doesn’t lead to our sporting director targeting a centre-half in January and, for me, the Dutch Under-21 cap should be top of the list.