Forgotten Ger who could star under Gio 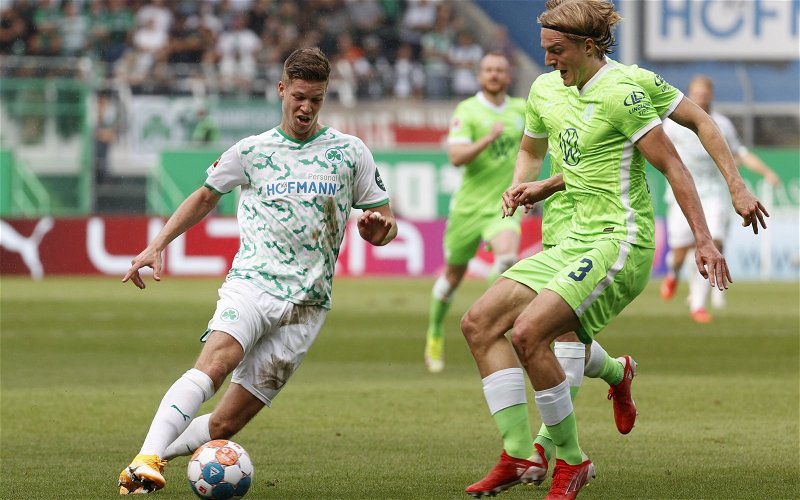 Ross Wilson spoke at the AGM about the contract hierarchy at the club, broken into; the older players, non-contributing and contributing players.

As with most clubs, players into the veteran stages of their careers like Allan McGregor, Steven Davis, Scott Arfield, Leon Balogun and Jermain Defoe will be considered on a season by season basis and those who regularly feature in the first XI will be have their values protected as much as possible within the club’s wage structure.

It is the third group – the non-contributors – that create the most discussion, is a player out on loan a player who isn’t contributing or are they continuing their development to one day make a return?

This can be applied, in particular, to Cedric Itten.

The Switzerland international has enjoyed a goal scoring return for his country following his loan move to Greuther Furth in the Bundesliga but was always going to be up against it playing for a side battling against relegation, he is, at least, getting more regular game time.

When Steven Gerrard allowed Itten to head out on loan he was fourth in the pecking order behind Alfredo Morelos, Kemar Roofe and Fashion Sakala but with Giovanni van Bronckhorst making a subtle change to our system, Itten could yet return to Rangers and have a key role to play.

With the new manager looking to have his striker play higher up the park and more central, it is a system that would suit the 24-year old, his goals and assists per 90 mins and shooting accuracy statistics are only marginally lower than Morelos’s and that is without getting regular game time – these numbers should improve if he gets a run in the team and if he is playing  in the middle rather than out wide.

He is better in the air, more mobile and more athletic than Morelos, this isn’t to say that he is a better player though because, on his day, El Bufalo is unplayable and I don’t think Itten has that level of ability.

If Zambia replace Zimbabwe in the African Cup of Nations we would be losing Sakala for an extended period of time, as such, we should be looking to bring Itten back to Ibrox so that Van Bronckhorst can have a look at him, after all, he wouldn’t be the first Rangers player to get a new lease of life under a new manager.