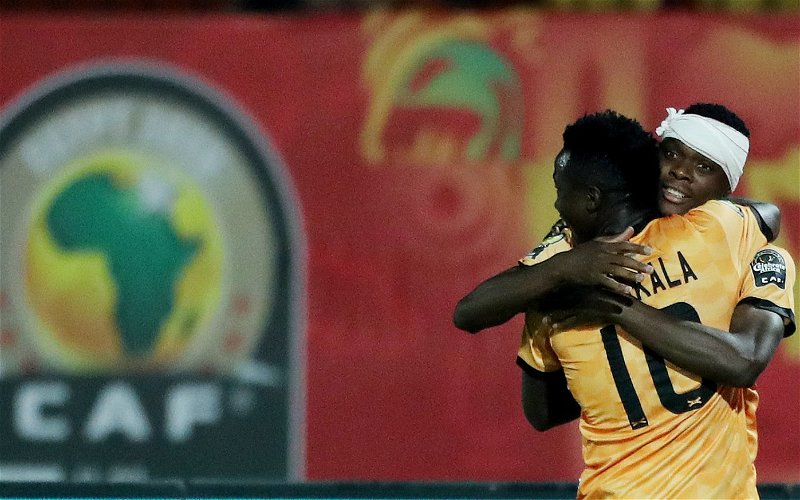 It’s always good for a club when their players get called up for international duty, the prestige, the experience it gives them and the fact that it adds value to their price tag should they be sold – everyone wins.

However, when an international tournament takes place in the middle of a season, the last thing that fans and managers want is to see key players missing for a long period of time.

In January and February, Rangers will, at least, be without Joe Aribo and Leon Balogun who are key players in Nigeria’s side for the African Cup of Nations with Calvin Bassey an outside bet depending on how much game time he gets between now and then.

Things though could be about to get worse for Rangers though with the news that Zimbabwe face being kicked out of the competition due to government interference with the country’s football association with Zambia one of the countries being tipped to replace them due to finishing just behind them in the qualifying group.

🇿🇼 There are growing fears that Zimbabwe could be disqualified from AFCON.

The Ministry of Sport, headed by former Olympian Kirsty Coventry, is accused of interfering in ZIFA affairs.

If disqualified, Zambia or South Africa will be considered in their place. pic.twitter.com/gZoC4uNhEn

This would mean that Fashion Sakala would join the list of players that Giovanni van Bronckhorst would have to make do without for at least four weeks, a far from ideal situation when you have just taken over a new team and are trying to implement your own philosophy.

I love seeing Rangers players at major tournaments, however, just this once, I wouldn’t be that bothered if none of them were selected, we have enough things to worry about as it is without losing half a team.