Golden Boy “in talks” with Gers, the Gio factor at work 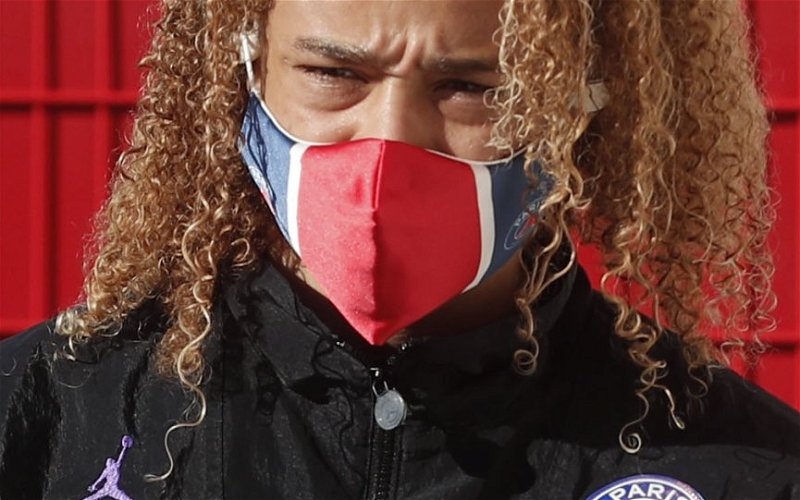 Transfer rumour season is well and truly upon us and the curtains appear to have been lifter with an absolute belter.

Golden Boy nominee Xavi Simons of PSG has been, and I don’t use this word lightly – sensationally – linked with a move to Rangers and that Giovanni van Bronckhorst could even be lining up a January swoop.

The 18-year old attacking midfielder is a product of the La Masia academy, famed for producing some of the modern greats of football, but signed for the French giants in 2019, he has struggled to make an impact in the first team but it’s understandable when you are competing with Lionel Messi, Neymar and Angel Di Maria for a game.

The report originates from respected Spanish media outlet as.com and they claim that talks are well under way:

“Rangers, with Van Bronckhorst as the main supporter, are in talks with their agent Mino Raiola to offer to be the cornerstone of their project.

“Xavi Simons is one of the most hopeful youngsters in the world of football. Mino Raiola looks for a new destination for him as he ends his contract with the Paris team in 2022. The last club that has bet heavily to take over the services of the midfielder is Rangers.

“So eager is Van Bronckhorst to have Simons that even from the Scottish club they are considering making an offer to PSG to have the footballer from this January.

“They have already made informal contacts with Mino Raiola to offer Simons to be the cornerstone of their project. It is not the only club in his footsteps. Barcelona would not frown upon bringing back one of the talents from La Masia to Can Barça.”

It was a coup when we signed Ianis Hagi but this would be on a different level given his age and the clubs he has been at in his career so far, he would also demand a fraction of the transfer fee given the status of his contract – this will, obviously, have clubs scrambling for his signature but Van Bronckhorst will hope that the prospect of first-team football and the chance to work with a coaching staff from his own country will seal the deal.

The Dutch youth cap might not be starring on the big stage yet, but his five appearances in the UEFA Youth League have yielded two goals and five assists, the boy can play.

If we were to lost the likes of Joe Aribo or Hagi, Simons would be the perfect replacement, and a great sample of how our player trading model could work, if we get it right.

The story has come out of nowhere and from a reliable source that is well connected in Spanish football, some rumours can be discounted straight away but this is, very much, one to keep an eye on, after all, who wouldn’t want Xavi in their team?