Defoe – deal him in? The Rangers fans view 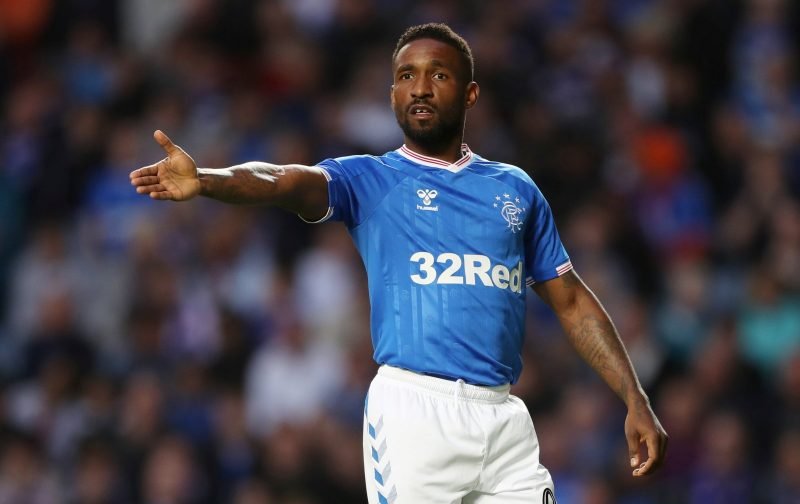 Steven Gerrard and Ross Wilson have built a very well balanced and settled squad which leaves little room for debate amongst where we need additions or whether or not certain players should be moved on.

There is a consensus that the midfield is where we require most attention in terms of acquisitions but after the Scottish Cup tie with Cove Rangers one question that surfaced surrounded the future of Jermain Defoe with both the player and manager being asked about his contract situation for next season.

Vital Rangers has already given it’s position on the striker, 30 goals and 10 assists in 67 appearances is hard to replace and if he is willing to accept a significant pay cut from his current £20,000 per week salary then he should be offered another deal, but what about the fans opinion?

We asked regular contributors to Rangers fan media what we should do with Defoe, and this is how they responded:

@Kilvington91 – Ross Kilvington – who has written for @thisisibrox amongst other popular sites thinks he should stay:

“I’d love to see Defoe remain at the club next season in some capacity; a coaching role would be the best option for all parties I feel.

“His playing time has been limited this season, when he has made an appearance though, his professionalism shines through.

“Morelos, Roofe and all the younger lads can all benefit from him being around the club and passing on his experience. It’s a no brainer for me!”

@thatboybabes – Grant Davidson – has been a Gers fan all his life and as a UEFA B coach has experience of managing veteran players:

“Defoe is showing classics signs of a player coming to end of his contract, he’s looking sharp and clinical and doing what he gets paid to do…. bang in goals when he in the park.

“For me I’d deal him in again for another year. We know what he can do, he has a place within the squad/certain games and he’s obviously very good around the place.”

@steven_harrigan – Steven Harrigan – has written for several Rangers media sites but is mainly found on the Heart and Hand Patreon network providing an in-depth look at our opponents in the match preview podcasts:

“You either die a hero, or you live long enough to see yourself become the villain.

“For me, the end of this season should see JD walk out of Govan as a league winner, loved and appreciated by the fans for what he gave us, on and off the field.

“He can certainly still play and contribute but it won’t be near enough to quench his infectious thirst for the game.

“To keep him would only be to deny a man who’s given so much a chance of doing what he loves to do. Score and score regularly.”

@jamiecurrie89 – Jamie Currie – who is Rangers regular blogger for The Daily Record, responsible for winding up the hordes from the East End on a regular basis believes that it’s down to money:

“Personally, if finance allows, I’d keep Defoe around, pretty much in the same role he’s operated in this season.

“His arrival has had a positive impact on the younger players and Alfredo Morelos, which can’t be underestimated. Also, keeping him in the group allows new signings to settle in knowing he’s around to play which he has done with Itten this season too.

“You can never have enough good players who are positive influences around the club and Defoe falls into both categories.”

One thing that isn’t in doubt is Defoe’s quality, even his age doesn’t seem to be an issue, replacing his goals and replacing his influence around the dressing room would be though, for me, it’s just a question of value for money and whether or not a soon-to-be 39-year old striker with under 1000 minutes should be paid the same as a regular starter- watch this space.