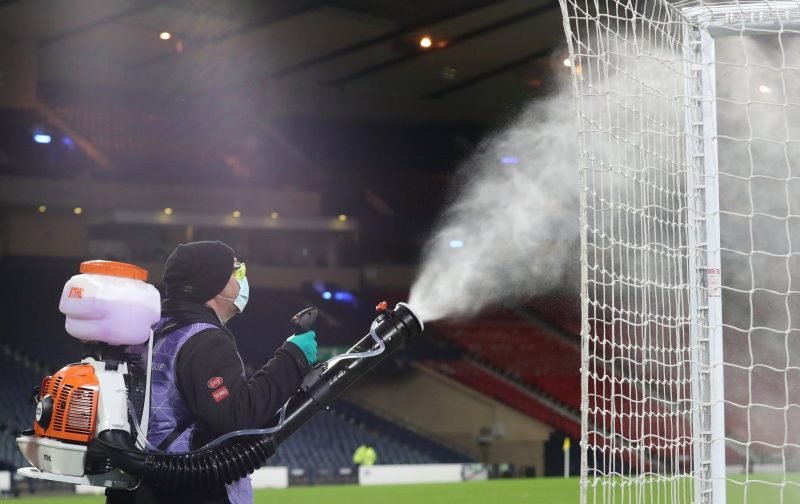 The Scottish FA has confirmed to UEFA that it will permit a crowd of up to 25% for the scheduled Euro 2020 games this Summer.

It is a much needed boost for football and fans especially, following the progress being made with the vaccine rollout.

What it also means is that surely there will be a similar outcome to be confirmed for the Scottish Cup Final, set for May 22nd, perhaps even the semi-finals, also in May.

There is an expectation that at least one ‘trial run’ with a substantial crowd would be required ahead of the international tournament, which was postponed from last year due to the pandemic.

We have confirmed in our #EURO2020 submission to UEFA that the Scottish Government has given approval to allow spectators at Hampden Park up to 25% of the stadium capacity.

We anticipate a further update on a number of areas – including ticketing – from UEFA on Friday. https://t.co/FaAf500iBr pic.twitter.com/d6krFOG9TA

With Glasgow set to host four games, there was also the confirmation that:

“The Local Organising Structure for UEFA EURO 2020 Glasgow has submitted its plans to UEFA for Hampden Park’s hosting of 4 matches as part of this summer’s #EURO2020 tournament.”

Whilst caution is obvious and it is far from a return to normal, this update is really welcome and overdue, providing much needed positivity.

By the end of this month, a decision will be given on plans for a fan zone in the city as preparations get ramped up for the tournament which will be hosted on a multi-city basis Europe-wide, in a break from the conventional format.

It gives yet another incentive for Rangers, going into the Scottish Cup 4th round tie against Celtic next week with optimism that they can be joined by the fans at the final.