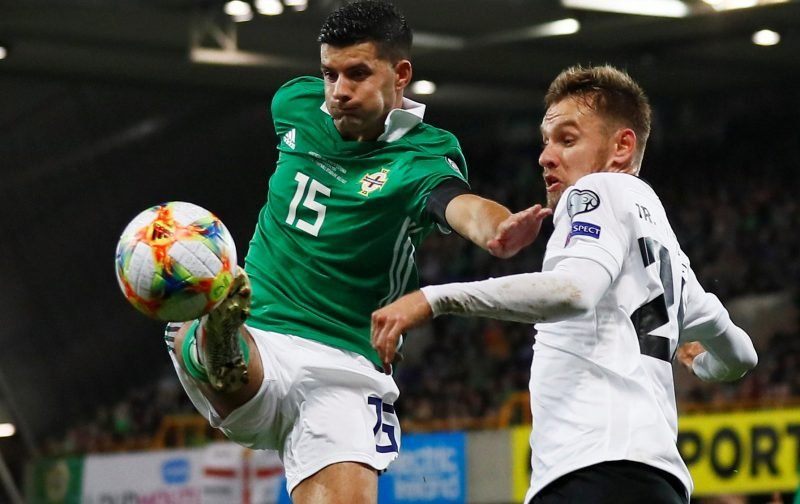 Former Rangers right-back, Alan Hutton, believes that Steven Gerrard could have been a bit hasty in telling Jordan Jones that he is free to find a new club.

Speaking to Football Insider, Hutton was reflecting on comments that Northern Ireland manager, Ian Barraclough made whilst the 25-year old winger was on international duty.

When asked about Jones’s time in Light Blue and where his future lies, he said:

“It’s been disappointing overall if we do look at it. It’s his boyhood club, I always thought he did have the ability to play on that stage, I just think he got a little bit over-excited in the Celtic game and it did him more harm than good.

“I can see what he was trying to do, it’s not worked out and it’s hampered him from there. I do believe there’s a really good player in there, the problem with him there are players in front of him that are playing well and it’s going to be difficult to move them out the team.

“To play international football, you really need to be playing at club level consistently at a good level so I can totally see why the manager wants him to try and get him a move, he’s one of their better players, they need him playing and he wants him for the international scene.

“I understand why that chat’s taken place.”

The writing was on the wall for Jones – as Hutton rightly says – the moment he got sent off for a wild lunge on Moritz Bauer in the first Old Firm game of last season, it was as reckless as it was pointless and ended with a scalding from his manager and a four-month spell on the sidelines with a knee injury.

He had looked as though he could contribute for Gerrard, especially in the Europa League, and was a stand out performer against Midtjylland as well as providing an inch perfect cross for Alfredo Morelos to head Rangers into the group stages against Legia Warsaw.

You never know what goes on behind closed doors and it hasn’t gone unnoticed that Brandon Barker has been given another crack of the whip whereas Jones – rated at £500,000 on transfermarkt – is struggling to make a 20-man squad, for the sake of his international career he needs to move on but Hutton is right, there is a decent player there – he just wonn’t be seen playing for Rangers anytime soon.