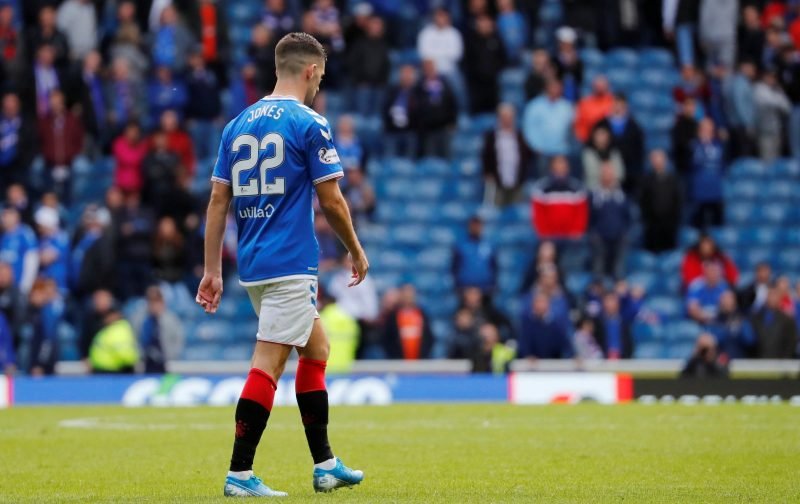 After one half of the now infamous “Covid Two” departed Ibrox this week, speculation has been ramped up on the future of the other half, with Jordan Jones being heavily linked with a move back to England.

The 12-cap Northern Ireland international has been given game time in pre-season but hasn’t shown any real sign that he is capable of contributing to the champions with players like Scott Wright and Fashion Sakala now miles ahead of him in the queue.

The good thing for Rangers is that there are a few teams said to be interested with Football League World claiming that as many as four EFL clubs are hoping to secure the winger:

“Football League World understand that it is Ipswich hoping to land a deal for the winger at this stage, although they do face competition from Sunderland, who had Jones on loan last season.

“Ipswich and Sunderland are joined by League One rivals, Wigan Athletic, in showing an interest in Jones, who also has a Championship admirer in the form of Blackpool.

“It’s been indicated to Football League World that any move to bring Jones back to the EFL will be on loan.”

Ross Wilson would no doubt prefer to get Jones off-loaded on a permanent deal but it would still be a bonus to get him off the books, even if it is just for the season, and with his Ibrox contract still having two years left to run there is plenty of time to sell him – getting him a regular game could, if anything, improve his value.

It’s maybe not a good idea him going to Ipswich though, being reunited with George Edmundson again might not be the wisest thing to do…