Sutton delivers verdict on major Rangers deal – is he right? 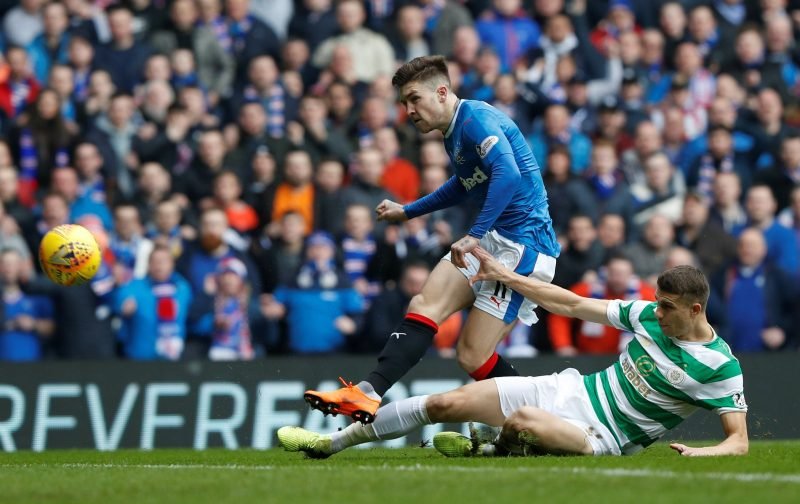 BT Sport pundit Chris Sutton believes that Rangers may have made a mistake in letting Josh Windass leave the club, after the player confirmed his move to Wigan Athletic on Thursday.

Good luck to Josh Windass at Wigan.. wasn’t an easy time at Rangers for him but I think he had a bit about him…could be a mistake letting a good young talent go..

The 24-year-old joined the newly promoted English Championship side for a reported fee of £2.5m, agreeing a three-year deal.

He was a Mark Warburton signing back in 2016 and recently signed a new contract at Ibrox that would have seen him stay at the club until 2021, but he’s exited for a fairly modest fee.

It’s especially modest when you consider he was the club’s joint top scorer last season alongside Alfredo Morelos, netting 18 goals in total. It’s the kind of attacking contribution that could be hard to replace in Steven Gerrard’s side despite a raft of new signings.

Ultimately it might have been too much to expect the club to make a big cash investment this summer without a return on player sales, but Sutton is right, it could prove to be a mistake to have let him go so easily, in the years to come.

If he reaches double figures in the Championship this term, his value could triple from the £2.5m fee given the market down there just now.

Windass didn’t have the best relationship with supporters, but I suspect many will be keeping a close eye on his progress down south this season.

What are your thoughts on Josh Windass’ exit from Rangers? Let us know in the comments…