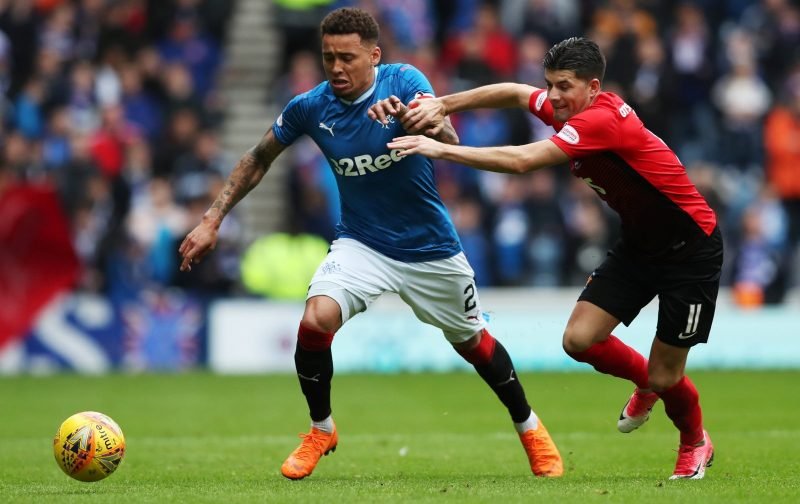 Winning the first leg against the Slovenians 3-1, Steven Gerrard’s side now have a great chances of progressing to the play-off round of the UEFA Europa League, with fans starting to dream of the group stages.

Tavernier was excellent throughout and had the nerve to stroke home a penalty early in the second half to restore his side’s lead after the visitors had cancelled out Alfredo Morelos’ opener.

For all the criticism of his defensive ability, he never tired once in hunting down the opposition and made a couple of crucial tackles that had supporters on their feet at Ibrox.

Fans are delighted that he looks like staying at the club and with his performance, taking to Twitter to share their thoughts after last night’s match…

@James_Tavernier Quality performance last night skip! Keep up that energy and desire. Toss up between yourself and Coulibaly for MOTM.

@James_Tavernier now that was a performance worthy of a Rangers Captain last night. Well Done.????????

Last night's performance showed why we shouldn't let him go so cheaply. He was immense.
Glad he's still with us.#TheBlueCafu

Brilliant performance last night, well done to you leading the way.. Why would anyone want to leave Rangers when that's the kind of stuff you can produce. One love ????

@James_Tavernier gets a lot of stick for his defending but, credit where credit is due, he was fantastic going both ways tonight. #rangers #europaleague #watp

Bed time. Night all, except @James_Tavernier, I won’t be able to sleep from thinking of you.

Those 2 tackles from Tavernier were class tonight. Possibly the best I’ve seen him play in a Rangers jersey

What were your thoughts on James Tavernier’s performance against Maribor? Have your say in the comments below…