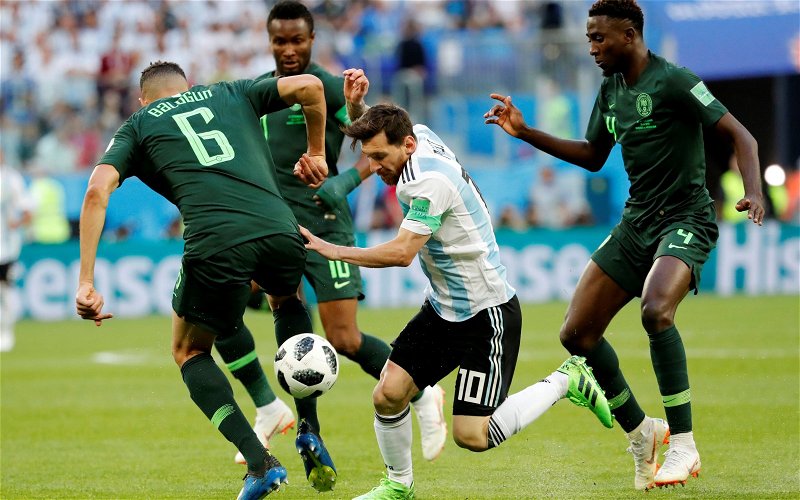 Rangers Calvin Bassey has been called up to the senior Nigeria international squad.

The personal honour is also another feat for Steven Gerrard’s squad as he becomes the 16th full international in the Ibrox dressing room.

Given Bassey’s further gametime and development so far this season, it seems like a natural progression.

Also at Ibrox, Leon Balogun and Joe Aribo are integral members of the Nigeria squad so the former Leicester youth player would already have been under the radar.

Rangers Nigerian contingent is completed by Nnamdi Ofoborh, who remains on the sidelines due to a health related isssue.

Born in Italy, Bassey is eligible to play for the Azzurri as well as England. But he's made no appearance for either at any level, and has rather opted for Nigeria. pic.twitter.com/xgPF64jhAb

As stated above, Calvin Bassey certainly had options in regard to an international path.

Given his own background and his teammates at Ibrox, this one makes sense and the exposure to the international game in Africa can further aid the player to strive even further.

The 21-year old could possibly find himself accompanying Balogun in central defence tonight, due to Rangers defensive shortage.

After the weekend, he will join up with the rest of the Super Eagles squad as they prepare to face the Central African Republic in a home and away double header.

Congratulations and best wishes to Calvin Bassey of Rangers and Nigeria.