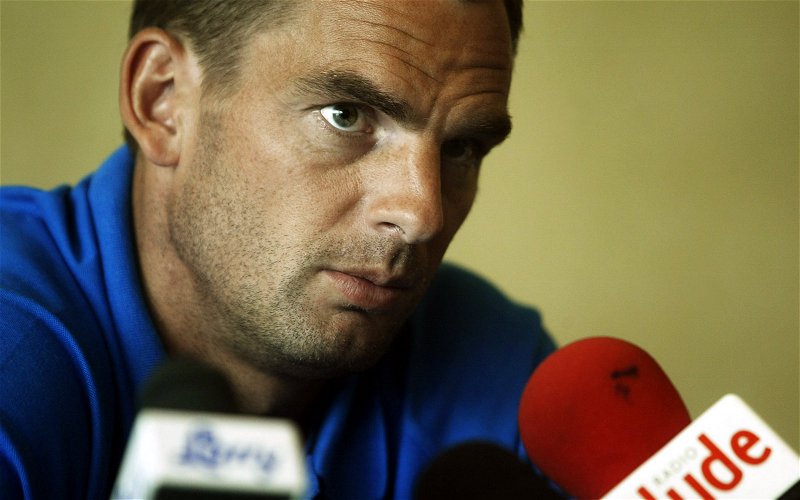 Now this one is not likely to be related to the appointment of Rangers new manager and the make-up of his backroom staff, but as the news spreads as the well wishes grow further on social media, it shows how Rangers have replaced one icon with another of a different kind.

Into the coming weeks, we are certain to see an array of old faces, former teammates of Van Bronckhorst and others aeemble for games at Ibrox as the new era begins.

In terms of the right now, GvB will be in attendance at Hampden Park on Sunday for the League Cup semi-final against Hibs but he will just be a very interested onlooker as he gets to assess his new team for the first time. It has been suggested that he will be on the training pitch for the first time on Tuesday, where he will look to influence his own ideas on the squad without making wholessale changes to general 4-3-3 style implemented by Steven Gerrard and Michael Beale.

This evening, Ronald de Boer shared his goodwill toward his old friend and teammate, highlighting that link to the past and the strong Rangers bond that exists between several players of the late 90s and early 00s.

The disappointment and dejection of last week is now firmly in the past, as Rangers – club and supporters together – look forward to what comes next and the excitement of Giovanni van Bronckhorst’s leadership of the champions of Scotland.