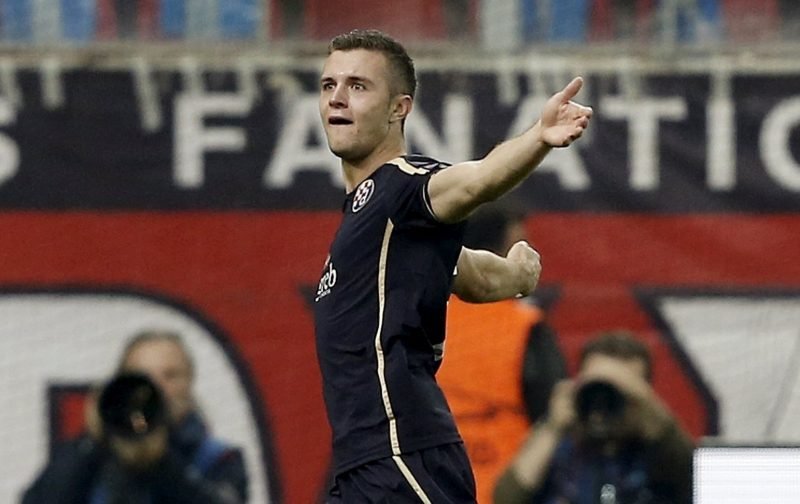 Rangers are interested in signing Dinamo Zagreb forward Armin Hodzic this summer, according to The Daily Record.

The paper say that scouts were due to watch the player in action during the Croatian club’s recent UEFA Champions League qualifier against Astana, but the striker was not included in the squad to face the Kazakh side.

The report also states that Gerrard knows about the player from his time as youth player at former club Liverpool.

Rated at £1.8m by Transfermarkt, signing him could take Rangers’ summer spend beyond £9m after already shelling out on Nikola Katic, Connor Goldson, Jamie Murphy and Borna Barisic.

Two of those players have come from the Croatian leagues and the arrival of Hodzic would be further proof it’s a market that the Gers are eager to exploit.

A 5-cap international with Bosnia & Herzegovina, Hodzic appears to have the right stuff to make a big impact at Ibrox.

He’s scored 50 goals in 110 appearances for Dinamo Zagreb, a team who have made the group stages of the Champions League twice since his arrival.

As an alternative option to Alfredo Morelos and Umar Sadiq, he’d be an exciting signing and it’s a deal to keep an eye on heading into the closing stages of the summer transfer window.

Would you be happy with the signing of Armin Hodzic? Let us know in the comments…