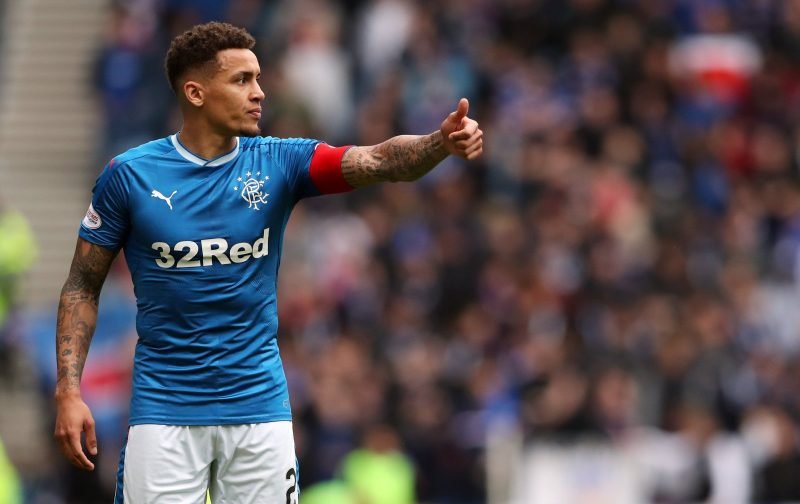 Rangers boss Steven Gerrard is anxious about losing captain James Tavernier today before the English transfer window closes at 5pm this afternoon, according to The Scottish Sun.

The paper report that the right-back was the subject of a £1.8m bid from West Bromwich Albion on Wednesday, which was swiftly rejected by the Ibrox club.

However, Gerrard knows that clubs could return before the deadline and that could put Rangers in a position that makes it impossible not to sell.

As quoted by The Scottish Sun, the manager said ahead of tonight’s match against Maribor:

We’re at a club where every player does have a price, so that might affect us in the next 24 hours.

But we’ll have to deal with it and face that if and when it happens. At the moment I’m looking at my phone and hoping Mark Allen doesn’t phone.

We just need to focus on the game and prepare the team the best we can for another difficult test. But I can’t sit here and say we won’t be affected in the next 24 hours. We might be.

I’ve heard nothing in terms of bids, but that may change in the coming hours. If it does, we’ll have to wait and see.

They are honest comments, and ones which fans will appreciate, although it is a bit of a worry that transfer business is such a distraction ahead of what is a crucial European tie against tonight’s Slovenian visitors.

Fingers crossed that the squad is intact come kick-off and that Gerrard doesn’t lose any of the players he deems necessary to bring the fight to Celtic this season.

Are you worried about losing players like James Tavernier and Josh Windass today? Let us know in the comments…