Rangers signing to be confirmed imminently – Souttar on the way in 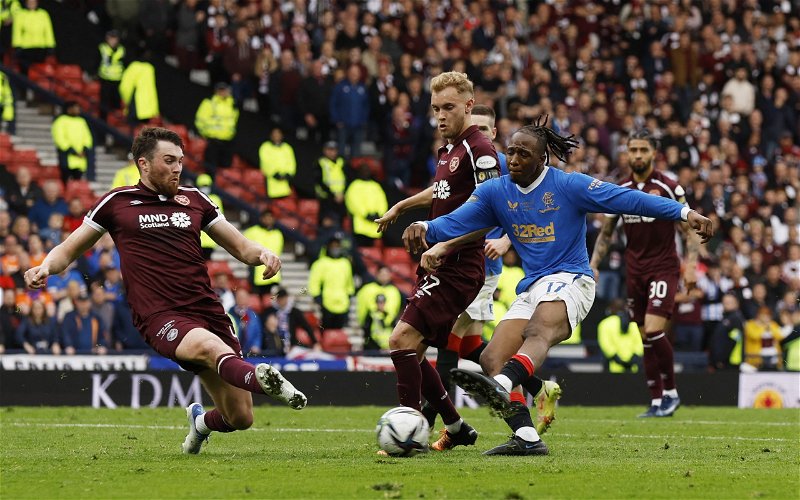 John Souttar will be confirmed as a Rangers player over the next few days, upon the expiry of his contract at Tynecastle.

VitalRangers understands that the Scottish international was at Ibrox earlier on Friday, going through the initial introductions and club interviews in preparation of confirming his status as a Rangers player.

He will cease to be a Hearts player as of the end of this month, on Tuesday, paving the way for his official ‘unveiling’, following on from the pre-contract announcement made back in January.

It is to Souttar’s credit that he returned from injury to finish the season, particularly given how well he played in the Scottish Cup Final last weekend, making a very decent impression on the watching Rangers supporters.

He will also join up with the Scotland squad, for their upcoming World Cup qualifier and Nations League games, having earned his call-up to Steve Clarke’s squad, with the 25-year old telling the SFA website:

“I’ve enjoyed my football this year. Only really the last month and a half or two months have been difficult, being out injured.”

“To get back playing at the weekend, obviously the result was disappointing but for myself it was good timing to allow me to get back in the Scotland squad as well.”

Souttar is equipped to hit the ground running at Ibrox over the Summer, with club and international experience standing him in good stead for the challenge to follow. He will need to find another level if he is to hold down a regular place in the team but that is the incentive up for grabs.