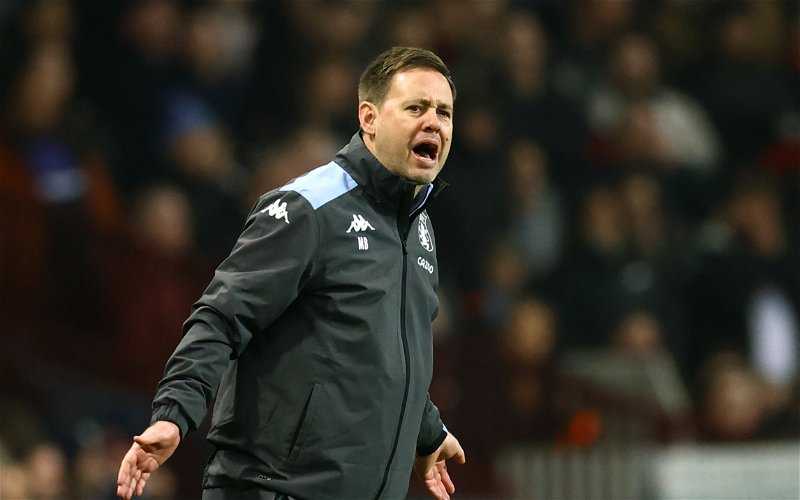 Michael Beale, the popular, respected former Rangers first team coach is now number one with his appointment as head coach of QPR.

He makes the clean break with the blessing of Steven Gerrard, departing Aston Villa after just over half a season to take up a job as ‘number one’ for the first time, returning to his native London to take the reigns at Loftus Road.

Beale follows on from another former Rangers figure, with Mark Warburton recently leaving the club after an 11th place finish in the Championship last season.

It provides a very decent base to build on, with the 41-year old relishing the opportunity as well as the challenge that awaits him.

“I’ve been looking for the right opportunity and I think I have that now – the right club, the right people, the right ambition and the right support.”

“I’m a London boy and know everything this club stands for. This is a wonderful opportunity for me and a really good time for the club as well.”

“I’ve been left a solid platform by Mark Warburton, which I’m obviously pleased about, and that enables me to kick on from here on in.”

Michael Beale remains a very respected figure amongst the Rangers supporters, for his impact in Steven Gerrard’s Rangers revolution and particularly in Europe where the forward strides made were very evident. Ultimately, the 20/21 Premiership league title was the culmination of that team’s hard work with a squad they had put together and improved, from scratch.

Following the exit to Villa, Beale did not hide his support for Rangers on social media and his delight at positive results, especially during the run to Seville and he is known to enjoy very good relationships with many of his former players at Ibrox.

That sentiment was continued today with his message of thanks and gratitude to Gerrard and the rest of the coaching team with whom he shared so much, see below.

Now Beale is the main man at the R’s where he will need to put his own support staff together – it will also be interesting if he looks toward Ibrox for any players to contribute to his first voyage into first team management.

All the best to Michael Beale and QPR.

To the staff I have spent 4yrs working alongside at Rangers & Aston Villa – we became a family – we spent every day pushing, supporting & challenging each other to do more & to become better individually and as a collective. Thank you for everything Gary, TC, Jordan, Scott, Marty pic.twitter.com/ehCJfkEvpn