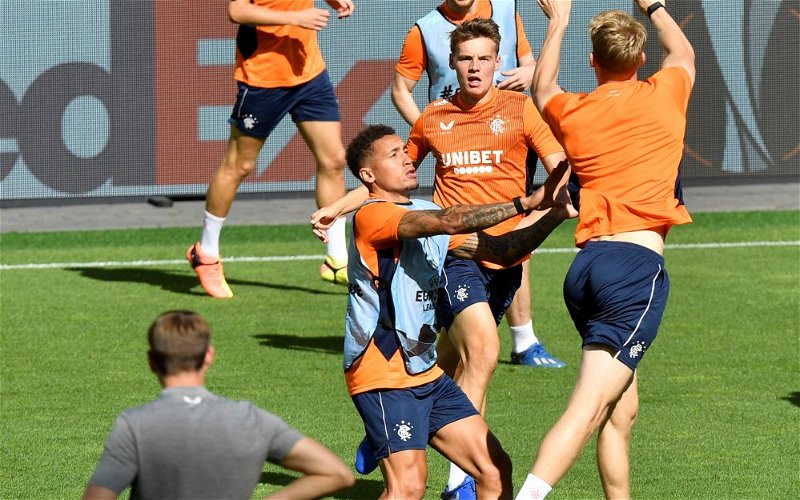 There will always be an argument about what is the best approach to develop Rangers academy players, whether this is utilising the loan market and sending youngsters out to get valuable game time or stay at Auchenhowie and train with better coaches in the best facilities with international players day in, day out.

History suggests that going out on loan does little to prepare a player for life as a Ranger, however, impressing on loan will, at least, prove to the manager that you have a good attitude and determination to succeed, something Lewis Mayo has done with flying colours this season.

Not only has he impressed Partick Thistle fans but he was also named by his peers in the PFA Scotland Championship team of the year, with 17 clean sheets in 34 games he has become a solid and reliable centre-half who is comfortable with the ball at his feet as shown by his occasional games as a defensive midfielder.

So, as a current Scotland Under-21 international and not being able to do much more out on loan, does this mean that he will be rewarded with a place in Giovanni van Bronckhorst’s first-team squad next season?

This is where it gets difficult.

Mayo’s form has come from playing regularly over the last couple of seasons but, if he was to be part of our squad, he would only be getting used as cover, however, if I had the choice between him or Jack Simpson, I’m choosing the one who is home grown and has proven that he can handle the physical aspects of Scottish football.

In his absence, there is a good chance that Leon King has jumped the queue, every minute he has played he has looked better and better, Mayo, on the other hand, has to start from scratch. Throughout our history though we have always had players like Scott Wilson, Bob Malcom and – dare I say it – Steven Pressley, none of them world beaters but were competent defenders and Mayo falls into this category.

Look at it from another angle, if Mayo can’t get a chance next season, what is the point of sending academy players out on loan other than to put them in the shop window?