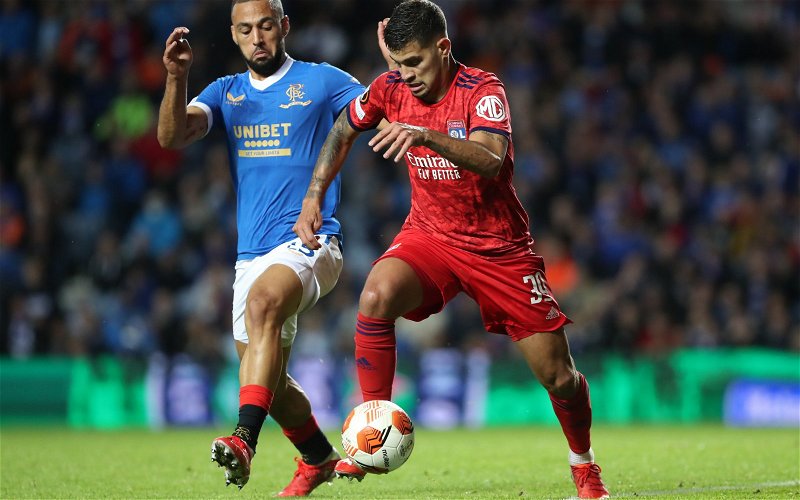 Giovanni van Bronckhorst’s “new” Rangers formation at least solves one problem, the need to try to shoehorn Kemar Roofe and Alfredo Morelos into the same team together.

What it does though is give our forwards a better chance of being on the end of crosses and through balls if they are tasked with playing higher up and more central, Gio wants his strikers to play where they can cause most damage – in the box.

As yet, he’s not been able to see what Roofe is capable of after picking up an injury on intentional duty, thankfully, it’s not been anything too sinister and he could be in line for a return to the squad that takes on Hibs this evening after the manager revealed that he is back in training and potentially available for selection.

Roofe brings an entirely different threat to that of Morelos, he is the most natural finisher at the club outside of Jermain Defoe and will thrive on being the focal point of the attack, if El Bufalo uses a sludge hammer to break down doors, Roofe picks the lock.

With Roofe returning, it leaves just Filip Helander on the treatment table, although the big Swede is back on the training pitch too keeping him in line for a December return to action, having a fully fit squad will give us every opportunity to make it through the toughest run of fixtures relatively unscathed and in good shape going into the winter break – it also gives Van Bronckhorst a chance to properly assess his squad before the transfer window opens in January.

Roofe couldn’t be coming back at a better time, having three strikers who can all score goals but offer a different threat is a huge bonus, being able to rotate them not only keeps them sharp but keeps opposition defences on their toes, a key component to last season’s success.