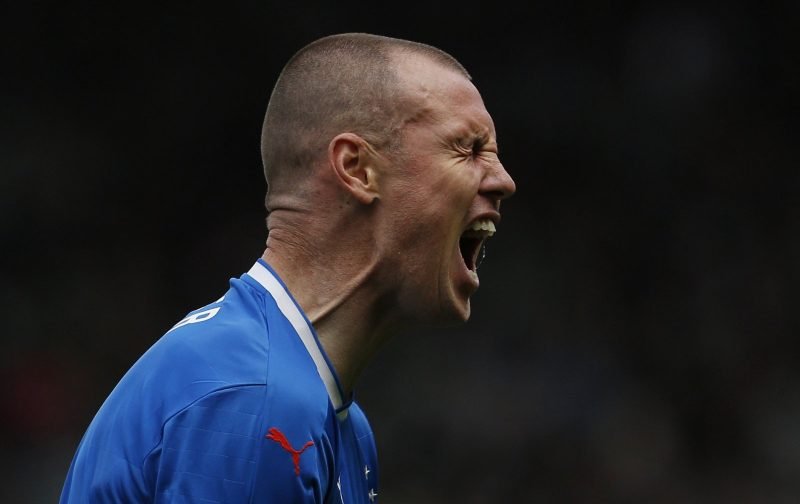 Former Rangers striker Kenny Miller, who left Ibrox at the end of last season, has sensationally left his position as Livingston player-manager just seven weeks after taking the job.

The news leaked late on Sunday evening, with Livingston confirming the news this morning, claiming that the split was amicable after concerns about his ability to both play and take charge of the team.

It continues what has been a terrible year for the former Gers striker, who left the club under a cloud after a high-profile bust-up with then manager Graeme Murty in the wake of the Scottish Cup semi-final defeat to Celtic.

Who knows what now lies in the future for the 38-year-old, but it’s clear that his managerial career couldn’t get off to a worse start.

Does he have what it takes to become a manager?

Livingston Manager Kenny Miller resigns from his post after having a disagreement with several key players including star striker Kenny Miller.

I don't care what anybody says. I still think Kenny miller was the rangers leak. And nobody is gonna change my mind on that.

Not cut out for management. Moaning bugger. All right moaning and girning but when your in the firing line it’s a different game

What a fucking Sunday

I'm not at all surprised Livingston sacked Kenny Miller – he seems to have spent too much time auditioning for a job with BBC Scotland's sports team by bitching about Rangers rather than concentrating on his own players.

Kenny Miller scored goals. Kenny Miller loved nobody but himself. Kenny Miller is a bellend. Rangers are beyond his undermining actions now. Good luck to him trying to get another job.

What are your thoughts on the Kenny Miller situation? Do you have any sympathy for the former Rangers man? Let us know in the comments below…