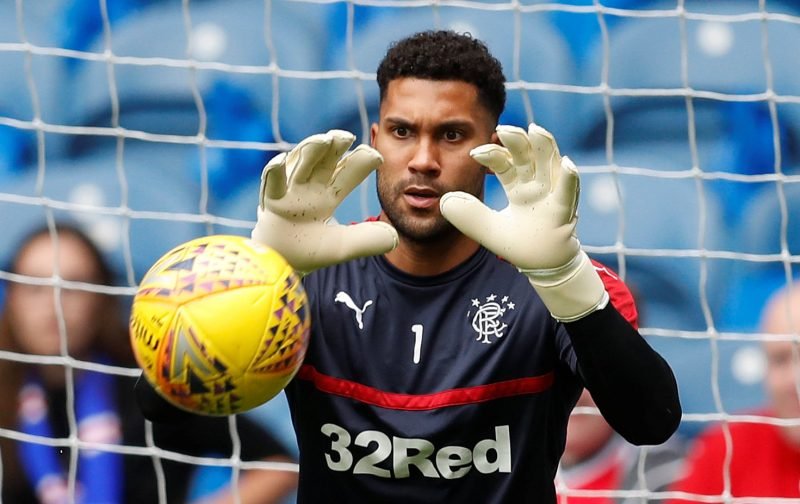 With 27-year-old Wes Foderingham being a nigh on ever-present following his arrival at Rangers from Swindon Town back in the summer of 2015, he now boasts 131 appearances to his name in our shirt but the arrival of Allan McGregor this summer saw him fall down the pecking order.

Having been forced to be patient and play second and third fiddle to the 36-year-old, Foderingham was again called upon by manager Steven Gerrard for our trip to Rugby Park as we took victory over Kilmarnock.

Although the stopper did concede on the day in our 3-1 win, he was happy to take to social media following the game to discuss his return as ultimately, a win is a win.

First 90 mins in 4 months, great to be back out there. Great team performance! Congrats @morelos2106 3 great goals ????????. Thoughts are with murph, those plastic pitches have to go!

Saying all the right things as he broke the game down in his tweet, his message certainly went over well with the Gers fan base and he received plenty of plaudits for keeping his head down, working hard and taking his chance when it came along with this game.

Great to see you back in the team mate. Flawless today which says a lot about your attitude.

Well played lad! And yes those pitches are a shame to the game!!!!

You were a rock today big man. No number 1s in our squad, everyone of you are vital

That save from the feee kick was world class mate!! ????

Such a pro, Wes, commanding performance today, couldn’t do anything about their goal. Great to see you being positive

A solid performance after recent lack of game time so that should be an additional boost for Gerrard when it comes to the goalkeeper unit and competition as we look to continue what has been a bright start to the season so far.