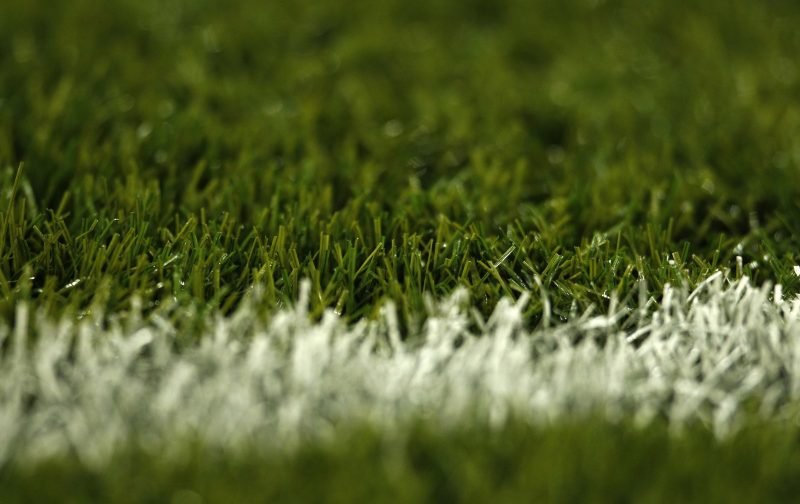 Rangers manager Steven Gerrard does not think artificial pitches should be used in Scottish football after witnessing his side in action at Rugby Park on Sunday.

Jamie Murphy was injured during the encounter, with many suspecting that the artificial surface could have played its part after he appeared to get his foot caught and hurt his knee.

With scans yet to confirm the seriousness of the problem, the worry is that he could be out for a period of months as a result.

In the wake of the Scottish League Cup win, Gerrard talked about the use of non-grass surfaces in top-flight football, believing they should be scrapped to avoid safety issues.

As quoted by The Daily Mail, the manager said:

It’s difficult for me to comment on (whether the pitch is to blame). We all know that plastic pitches are not as safe as grass.

But I’m not here to disrespect Kilmarnock and their playing facilities. I know it helps support the running of their football club.

But my opinion is elite football shouldn’t have any plastic pitches.

We’re dealing with elite footballers, who earn an awful lot of money, and I think for every club worldwide it’s safer to have a grass pitch.

We’ll have to wait and see. I think if you ask Jamie right now he’ll say it was a pitch incident.

Hamilton, Kilmarnock and Livingston all use artificial pitches in the Scottish top-flight with visiting clubs rarely being a big fan of them. Not only have Rangers raised the issue before in recent years, clubs like Celtic have also spoken out against them, claiming they are an issue when it comes to injuries.

They may open up financial benefits for cash-strapped clubs and allow more community efforts to occur at the stadiums, but Gerrard is right when it comes to first-team football and hopefully for the benefit of players we will see grass pitches become necessary going forward.

Do you think artificial pitches should be banned in Scotland? Let us know in the comments below…