Gerrard must start “work in progress” against Celtic 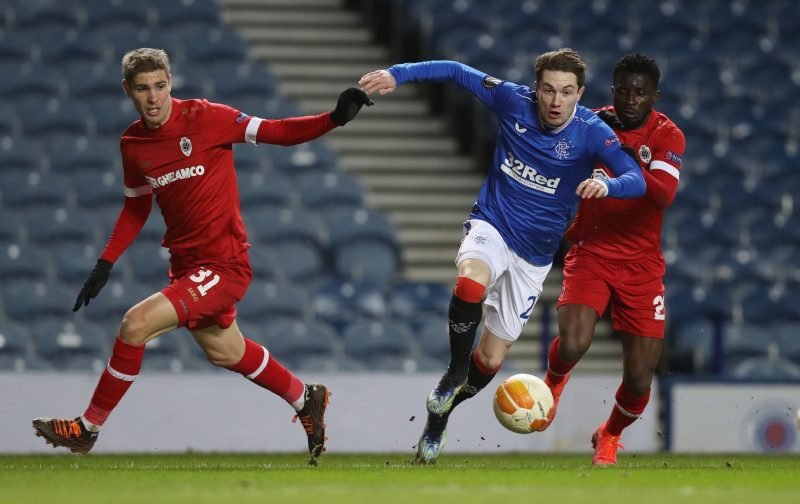 Very few players came out of the last couple of Rangers games with any credit but one who has done his chances of a start in Sunday’s Old Firm derby no harm at all is Scott Wright.

Only a few weeks ago, Steven Gerrard was talking about the January signing from Aberdeen and how he has shown flashes of what he is capable of, as reported by Glasgow Live:

“I thought he was really exciting. It’s a shame this stadium isn’t full. They love a wide man here, they love a player who is tricky and skilful. I thought he did a lot of things well tonight.

“We need to keep working with Scott. The last bit of his play needs to improve, his shots on goal, his last pass. We want to try and get more numbers into his game and we will. He’s a work in progress.”

And again, after the midweek-draw to St Johnstone last week where he scored his first Rangers goal, it’s clear to see that the gaffer is a fan:

“Scott has done everything he has been asked to do, whether that be in the gym, whether it be his diet or on the training pitch, and certainly in games in terms of taking information on board he has been a model professional.

“I think he has showed real good impact from the bench so far. One of the games he started against Cove, he might even have got Man of the Match in the game, was a strong performance and again the other night, in flashes, he showed why we tried to bring him here.”

Wright has done very little wrong since signing for Rangers, he has looked sharp, composed and capable of taking some of the creative burden off Ryan Kent’s shoulders, that he looked our most dangerous player when he came off the bench in the Scottish Cup last weekend also shouldn’t have gone unnoticed.

He has to start against Celtic. Joe Aribo will probably be required in midfield, Ianis Hagi was poor in both games against St Johnstone and Kemar Roofe just doesn’t look match fit, the games and training he has missed is catching up with him.

We have seen how much Kent terrifies them, by having another player capable of causing problems we could really take advantage of the space in behind their full-backs and allow Alfredo Morelos to do what he does best – terrorise centre-halves and create havoc in the box.

For me, if we play Wright, Kent and Morelos, we win. It’s as simple as that.