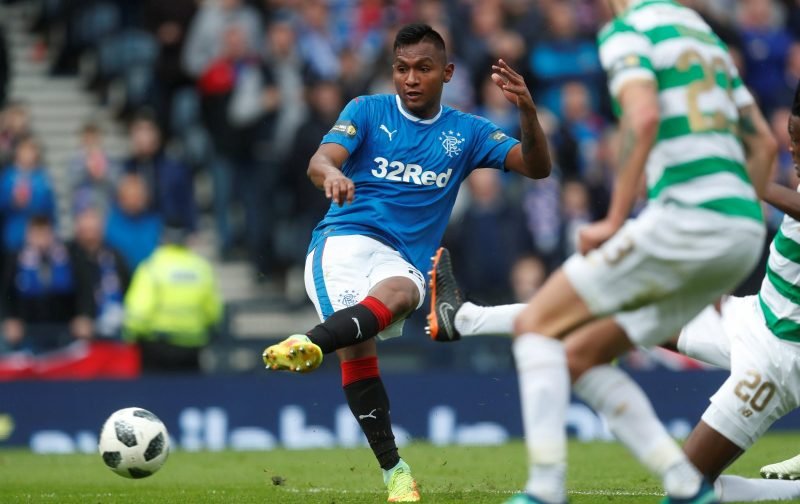 It was reported on Friday that Rangers could be facing a late transfer window bid for striker Alfredo Morelos, with Dynamo Kiev and Bordeaux said to be interested in a £7m move for the player.

That’s according to Sky Sports, who say that manager Steven Gerrard is desperate to keep a hold of the Colombian striker.

Such is the desire to keep the 22-year-old player that the Ibrox side could move to make a contract offer worth a whopping £30,000-a-week, says the report.

That would make him one of the best paid players in Scotland and should ensure all transfer talk about the player is shelved for this season at least.

It would be quite the contract to hand out considering he was only given a new deal earlier this year.

His form has been so good recently that he’s been called up to the Colombian national team squad, scoring six goals in the early stages of the season for Rangers.

There’s no doubt his discipline could improve, he was again sent off on Thursday for a nothing incident, but he is a fantastic striker to have available at Scottish Premiership level.

Hopefully there’s no movement later tonight and we see him signed up and happy shortly after the window closes.

Does Alfredo Morelos deserve £30,000-a-week? Have your say in the comments below…