Rangers dropped two valuable points against Livingston on Sunday and it was a painful case of deja vu for fans of the Light Blues as their team put them through and all too familiar 90 minute performance.

Kris Boyd claimed that Alfredo Morelos could’ve done more whilst the Gers gaffer was happy with his side’s tempo and the positions they were getting into but they lacked the cutting edge to take advantage.

Sky Sports half-time analysis revealed just how deep Livi were playing and demonstrated exactly what it would take to break the stale-mate, Borna Barisic came closest, nearly repeating his stunning free-kick that he scored against St Johnstone but it was clawed away to safety when it looked destined to hit the back of the net.

Does Gerrard have to make changes to the midfield? 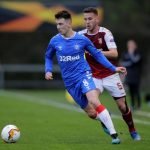 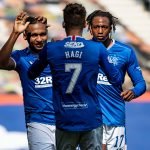 Steven Gerrard’s men huffed and puffed but were met with a resilient Livi backline that regularly featured a “back six”, how costly the two dropped points will be will only be known at the end of the season, however, in the immediate after math, Gers fans made it crystal clear that they expected better – if they expect to win the league.

That midfield needed work last season and it’s criminal we haven’t done anything to improve it, so slow and powderpuff it’s unreal

Hear hear, we will have fans angry tonight at the same players (for most of that match) who showed last season they do not have the mentality to win things at our club, that saying about doing same thing and expecting different results springs to mind, not good enough I’m afraid

We’ve been screaming out for a box to box midfielder that can unlock these tight defences for 3 years now. Sick of seeing 2 holding midfielders honestly for bleaching my eyes if that continues.

Facts are, we’ve dropped points like that too many times during Gerrard’s reign.

We are great when teams leave gaps for us to exploit, but we are really poor when teams sit in deep.

We need more risk takers in games like this. Kamara, Jack and Arfield keep it too simple.

New season, same story. When a team sits in and the opportunity is there to open a gap on Celtic, we choke every single time. No quality in the midfield to open a team up, and no mentality to win at all costs.

Jack, kamara and Arfield don’t create enough from midfield in these games. Haven’t since since Gaffer walked in the door, so why would it start working now. Never capitalise on any opportunity given to put them under pressure.

Rangers did carve out a few opportunities and kept their fourth consecutive clean sheet in the league but it will be the frustration caused by missing the chance to really put pressure on Celtic, rather than the dropped points, that will be hurting fans the most.