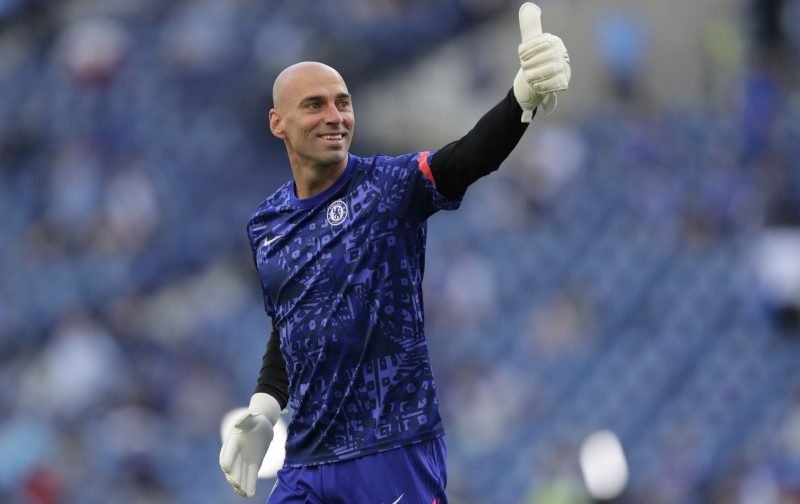 Rangers have been linked with a move for former Man City and Chelsea goalkeeper Willy Caballero.

A ‘registered interested’ was mentioned by London based Goal.com journalist Nizaar Kinsella, as well as advances from Sheffield United, as also reported by Yorkshire Live,  who are believed to have opened talks with the Argentine who is now a free agent.

The 39-year old now moves on from his support role as a squad member at Chelsea where he supplemented Edouard Mendy and Kepa Arrizabalaga.

If Rangers were considering bringing in another goalkeeper, Robby McCrorie’s significant performance on Sunday’s Old Firm win will have had a bearing.

Steven Gerrard now has a decision to make – that he has seen enough to know that McCrorie can contribute and compete for the number one spot in the near future but for now he should go out on loan.

Or otherwise, the Rangers boss holds on to the luxury of having a very good third option between the sticks.

At this late stage on Deadline Day, it would be a surprise if a loan move was to materialise, unless already set-up.

Having McCrorie in reserve turned out to be a very welcome solution due to both Allan McGregor and Jon McLaughlin being ruled out in the last week amidst the impact of Covid on the Rangers camp.

As for Caballero, he is unlikely to be inticed by the challenge of competiting with two other goalkeepers at a new club.

Having left Chelsea, and especially at this stage of his career, he will be wanting to play games or at least to be the main back-up.

That is not guaranteed at Ibrox and for that reason, VR believes this is nothing more than a speculative link.