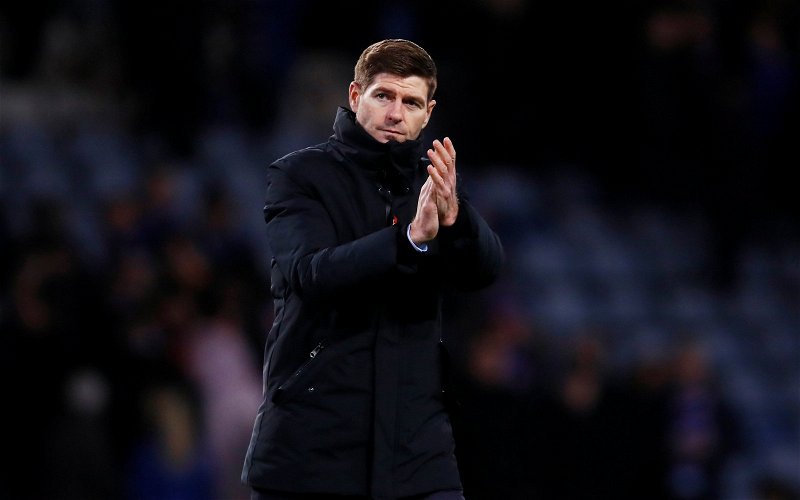 Well this is rather unusual.

Liverpool FC have made a statement on Steven Gerrard’s appointment at Aston Villa, following his departure from Rangers.

Some might think that given his legendary status at the club, it is natural that they will be followng his progress (and they will) but to publically acknowledge this and to publish the article on the club’s official website is another thing altogether.

In effect, Gerrard is now a competitor against the Reds and will take his Villa side to Anfield on Saturday 11th December.

“The former Reds captain and U18s boss takes charge of the Premier League club after a successful spell of almost three-and-a-half years with Glasgow Rangers.”

“Gerrard led Rangers to the Scottish Premiership title in 2020-21 – the side’s first championship for a decade – with an unbeaten record in the division of 28 wins and five draws.”

“The 41-year-old will now begin a new chapter in his managerial career at Villa Park, with Villa 16th in the top flight after 11 games of the campaign.”

It has been reported that Gerrard has signed a two and a half year contract in Birmingham, which just happens to be the point that Jurgen Klopp’s deal expires an Anfield so Villa fans should be wary of the whole ‘stepping stone’ concept.

With this move away from Rangers at a crucial time, the loyalty aspect of Gerrard’s persona has been severly diminished and that is something that all at Aston Villa will have to contend with.

At this stage, it appears that Gerrard feels he has to make an impact in the Premier League to get closer to the Liverpool job, it is also a very big risk at a difficult time for him personally and for the club, given their 16th place position in the league table at present.

For sure, it is an intriguing move but in terms of Rangers (at least for now) we move on and focus on our own business – with the possibility of paths crossing once again in the January transfer window.