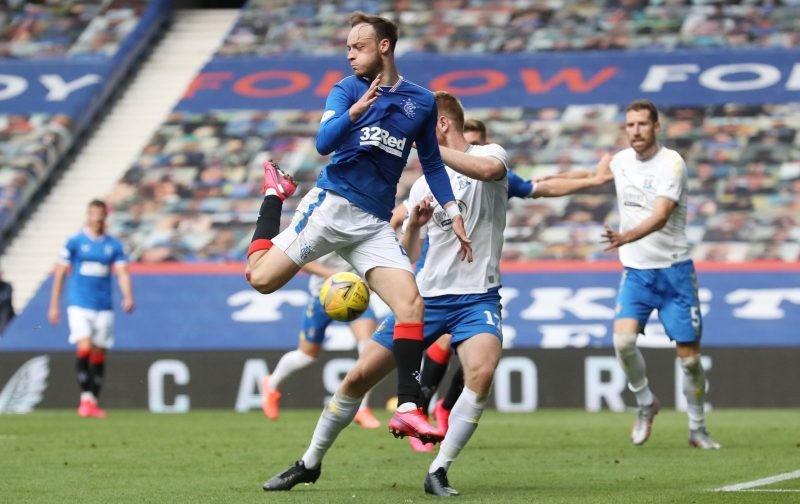 Transfer deadline day has almost come and gone for another Summer window.

So far today, loan moves for Niko Katic and Cedric Itten have been confirmed – now all that is expected is clarity on the immediate future of Brandon Barker.

The former Man City youth spent the second half of last season on loan at Oxford United and has been expected to move on this month, with the possibility of a permanent exit as he is now in the last season of his Ibrox contract.

There was some speculation earlier this afternoon that a move was in the offing, but no further news has emerged at the time of writing.

A League One or Scottish Premiership switch would appear most likely, but Nixon’s teaser earlier certainly is intriguing.

Barker should be keen to get out to play for his own career prospects and given his very limited involvement through the early season, it is clear he would remain no more than a bit part player in Steven Gerrard’s squad.

A further late night announcement should follow to wrap up business for this window, an overall quiet one at Ibrox.