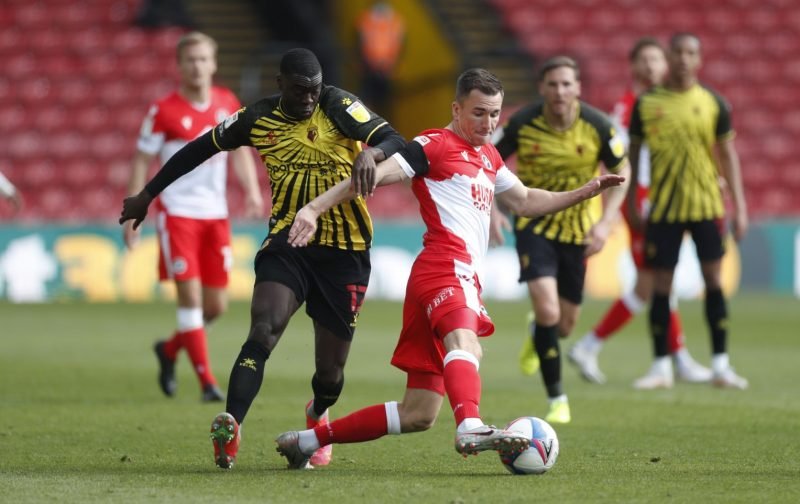 Rangers have been linked with yet another potential pre-contract deal with the news that Millwall midfielder Jed Wallace is being monitored by Ross Wilson.

The 27-year old has been in decent form so far this season with three goals and two assists in his seven appearances with his contract set to expire in the summer and Rangers potentially interested, according to Football League World.

Wallace – an England youth cap – usually plays on the right-hand side of a front three or wide right in a 4-2-3-1 formation and would offer a different type of threat to that of Scott Wright and Ryan Kent.

Rated at £6.3million, Wallace is very much a player in demand with clubs in the Premier League and Old Firm rivals Celtic also linked with offering him a contract, given his age, it could be his last chance to secure a big contract or European football – depending on what his priorities are.

It’s a position that Rangers have decent cover for but it could be that the Millwall man is being lined up to replace someone like Kent should he be sold next year, it’s one thing that our sporting director has been good at, identifying players who could make the grade before there is a desperate need for them or a hole to be filled appears.

A goal or an assist every three games is a decent return but at Rangers he would be expected to get double figures for both, every season, good players have already left or been deemed surplus to requirements for failing to hit those numbers.

We will continue to be linked with players approaching the end of their deals, it’s a huge part of our transfer strategy, either in signing promising youngsters or more experienced professionals who can impact the first-team immediately – it’s just a shame that every other club seems to have the same idea.