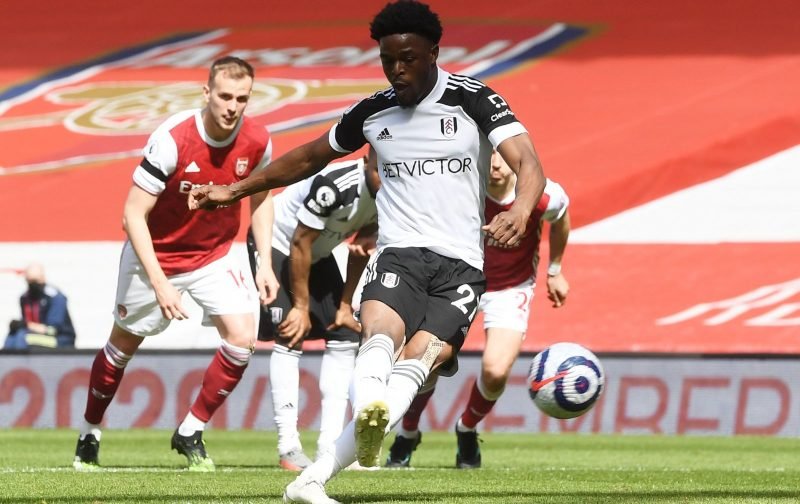 With Rangers failing to qualify for the Champions League and no big money departures, there was never going to be any sizeable cheques getting written by Ross Wilson in the summer transfer window.

There is though, good news, should he want to return for a former target to add firepower to his forward line to cover for the inevitable that is Alfredo Morelos leaving for pastures new.

When Lille looked like they were going to offer close to the magical £20million figure for El Bufalo, Bordeaux’s Josh Maja was heavily linked with a move in the opposite direction, however, the Colombian international stayed at Ibrox and the need for another striker dissipated, especially after the arrivals of Cedric Itten and Kemar Roofe.

Then, when Fulham agreed a loan dal with the Ligue 1 side which included a £9m option to buy clause, it had looked as if our chance to get the Nigerian international was long gone, until they got relegated that is and decided not to complete the deal.

That fee would put us out of the bidding, however, on deadline day, Nottingham Forest agreed a fee with Bordeaux, reported by reliable French paper L’Equipe to be in the region of £3.8m – which ultimately fell through – a figure that would be more than within our budget, especially if Cedric Itten impresses in the Bundesliga and Greuther Furth take up his rumours £3m option.

We will also know if Morelos is going to extend his current contract which expires in two years and if he isn’t, Maja should, as he was last season, be top of the list of potential replacements in a deal that prove to be a bargain.