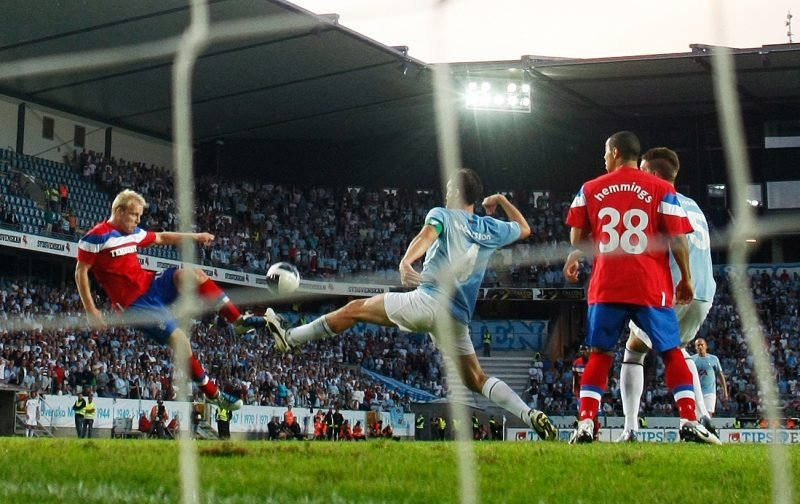 Hard tackling and physical are far from the first two words that come to mind in regard to Steven Gerrard’s Rangers.

Most switched on players and fans across the continent should have got a glimpse of the Gers in action, particular over the last couple of years in the Europa League, to know that this Rangers team play an attractive brand of football.

However, Malmo defender Anel Ahmedhodzic opted for the lazy, stereotypical tag of British clubs when prompted, following is side’s victory over HJK in the second qualifying round of the Champions League last night.

The Bosnian international was asked about their run so far and challenge ahead from Glasgow, to which he replied:

“I know that they are tough and that it will be a very hard tackling match.”

“It will be a physical match. It will be fun to play in too.”

“What will it be, nine, ten matches in Europe, at least?”

“It’s fun for us to play in – it will be two or three matches a week for us. It is damn nice.”

Ahmedhodzic is in for a sharp surprise, starting next week in Malmo.

Following a very productive weekend with the games against Brighton and Real Madrid, the Gers are in fine fettle and ready to go.

Fast, attacking, football is what will be served up and yes with controlled aggression but this team are so much more than “hard tackling and physical”