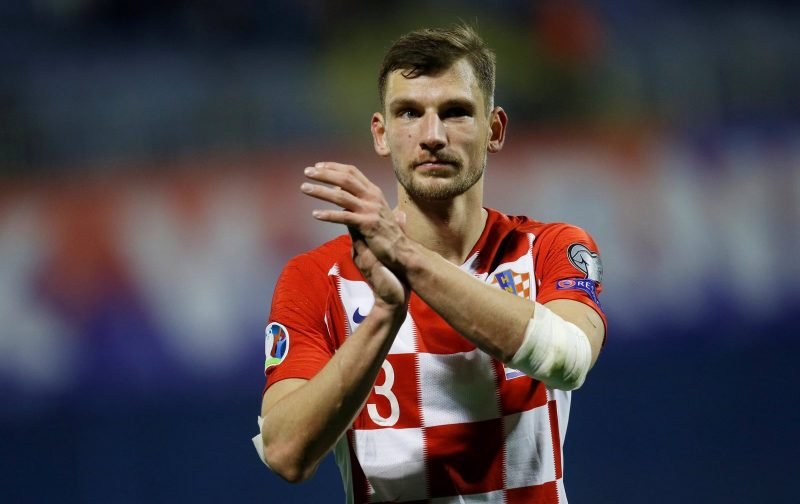 Despite Steven Gerrard hoping to add further additions to his squad, recent stories have centred around possible bids for his first-team regulars and in the face of speculation surrounding Alfredo Morelos, the last thing he would want is for one of his most creative players to be the subject of interest.

Borna Barisic, according to Football Insider, has attracted the attentions of Crystal Palace with the Premier League side said to be readying a bid for the Croatian international left-back.

Although no set fee has been mooted, Barisic has previously been linked with moves to Serie A for a fee believed to be in the region of £8million, however, with Kieran Tierney leaving Celtic last summer for £25m – even if he is a few years older – Gerrard’s number 31 is unlikely to depart Ibrox any time soon for such a paltry figure.

With 14 assists to his name and two goals (three if you include the free-kick against St Joseph’s that was a metre over the line before Connor Goldson made sure), few full-backs – Tierney included – can boast such numbers from as deep a starting position and he has continued his form into pre-season registering an assist in almost every game.

Gerrard has secured a back-up to Barisic in the shape of Calvin Bassey, however, with the summer signing yet to make a competitive senior appearance it would be premature to suggest that he is capable of replacing a player of such quality so soon after joining.

His absence was sorely felt at times last season both from open play and set-pieces, and with such an important season ahead, Rangers would be unlikely to cash in on one of their best players – especially with Euro 2020 taking place next summer when Barisic will be expected to star for one of the nations hoping to be competing for the title, putting him firmly in the shop window in the process.