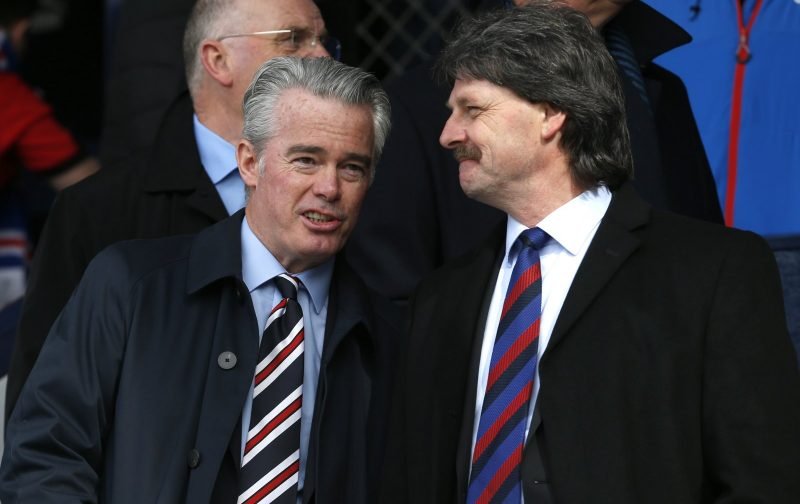 Following the permanent appointments of Mark Warburton and Pedro Caixinha, the next manager of Rangers had to do so much better.

Expensive mistakes had been made, lessons not learnt and another one very nearly materialised.

That Derek McInnes chose not to take the big job at Ibrox is a real ‘sliding doors’ moment and those who pursued the former-Aberdeen manager should be very glad.

Without being able to get the perfect candidate, Rangers had an excellent candidate in Steven Gerrard who lacked in some areas, yet more than made up for it in others.

Paul Murray is a man who was involved behind the secens at that time, today he spoke to the Glasgow Times on the calculated gamble that paid off and how the future is one to fully embrace and look forward to:

“I had been involved in a couple of managerial appointments and there are no guarantees when you make any appointment.”

“You see that with even the greatest managers, like Mourinho going to Man Utd. You think that would be a perfect combination but it is one of these things, sometimes it just doesn’t work out.”

“I think the key thing, and Dave King and Mark Allen were the two that were running that process most of they time, was that they were looking for attributes.”

“They knew he was a great player but an inexperienced manager but they were looking for attributes as an individual and they were being a born winner, a guy who can carry himself, who would set high standards.

“The standards had fallen at the club and he was going to lead from the front because of his stature and personality and I think Dave and Mark saw those attributes and that was an important thing.

“Steven is a very clever guy, he realised he needed support and he surrounded himself with a really good coaching team.”

The rest is history.

On what comes next Murray is hopeful tht as fans return to stadiums, the Rangers squad can continue on the front foot, building toward further success:

“It is a bit like the Souness situation when he came in and won that first championship in ten years, and in some ways the first trophy is the most difficult to win.”

“You have got to get over those mental and physical barriers and the players in that squad have now won a championship.”

“They have won so they can draw on those experiences and I think having done it so comprehensively must give the players so much confidence.”

“It will be interesting when the crowds come back and we see whether they can put that together with the crowds there.”

“You would hope that the confidence we have from winning this championship would give us the mental strength as well as the physical strength to go and play in that environment.”

“It is a great foundation. I think the future is bright.”