Garner tipped for Ibrox move – “Rangers a great place to be” 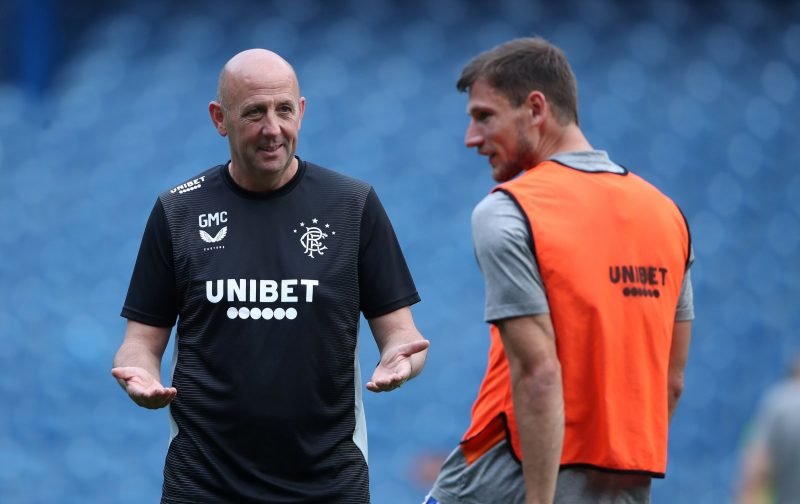 Rangers have been linked with a move for Manchester United’s James Garner with the defensive midfielder currently enjoying his second loan spell of the season at Championship side Nottingham Forest.

The 20-year old hit the back page headlines at the weekend after a man of the match display and stunning free-kick goal against QPR but it has been his agents comments revealing the Light Blues interest that has caught most attention.

Speaking to Football Insider, friend of the Rangers gaffer, Paul Robinson, thinks that Ibrox would be an ideal place for a young midfielder to develop considering the quality in the management team alone:

“It just makes me laugh, all of these agents telling people about clubs that are interested in their players.

“He has done exceptionally well down at Nottingham Forest and he will be looking for another loan move next year.

“Rangers will be a great place for anybody to be and learn their trade, especially as a midfielder because Steven Gerrard and Gary Mac are there.

“They’re enjoying great times up at Ibrox right now so I am not surprised to hear his agent try and talk up his client’s chances of playing for Rangers next season, I would be if I was him.”

Given his performances in England’s second tier, getting a deal for Garner done would be a real coup, he still has a year left on his current Old Trafford contract but there is every chance that a significant profit could be made on him further down the line – his reputation has already been enhanced with his loan spells this season.