Rangers are Champions – The World Reacts 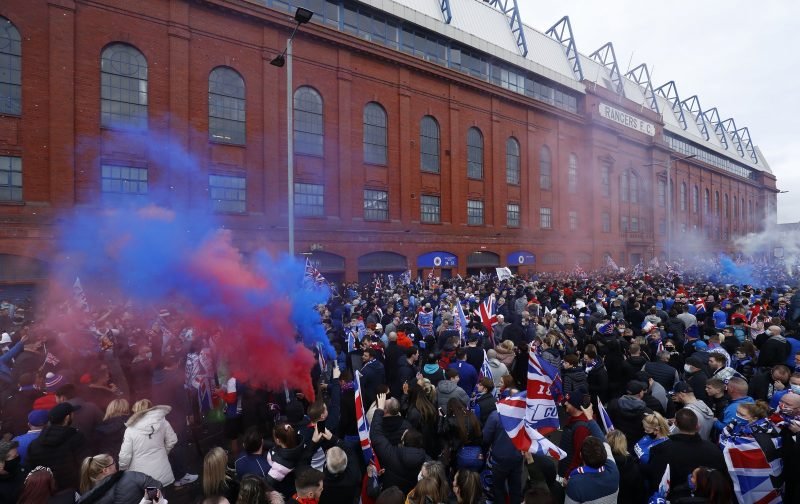 Rangers are Champions – 55 times the kings of Scotland.

After a very memorable day all round yesterday, the dust has settled.

It is done, over, the job is complete. Steven Gerrard’s Rangers are champions of Scotland once again.

It means that the Gers will make the trip to Parkhead on 21st March already crowned as Scotland’s number one – they will be fired up to make a statement of intent that day against a sorry, stuttering Celtic.

As the news broke earlier this afternoon, outwith Scotland there were many kind words of well wishes and congratulations sent to Ibrox.

Here is a selection of the messages from Twitter today:

We Were Down
We Followed
We Cheered
We Cried
We Lost
We Won
We Fought
We Scored
We Celebrated
We Trusted
We Believed
We Dreamed
We Are Rangers
We Are Relentless
WE ARE CHAMPIONS#Champion55 pic.twitter.com/rDsauzrfFb

Back in 2012, when Rangers were at their lowest ebb in recent times, our friends were few and far between.

One of those who stood up and reached out the hand of friendship was Northern Irish champions Linfield. The Belfast Blues hosted a benefit game in May 2012 with the proceeds going back to Ibrox. Rangers returned the favour and hosted Linfield at Ibrox months later in April 2013.

It's been a long hard road for our good friends at @RangersFC but today the journey is complete.

Many congratulations on your 55th league title 🏆🤝 pic.twitter.com/l1RZRybaGL

Congratulations to @RangersFC for no.55, the title is coming home to Ibrox again! 🏆🔵⚪⚫#nurderHSV https://t.co/K6TvmlQOa4

The reaction from England was quick as well from leading writers, outlets and personalities;

Those who doubted Steven Gerrard’s managerial potential ignored a few things. His will to win and work ethic, his motivational qualities and ability to find the right coaches and players plus his desire to prove himself as a manager. As always, Gerrard gives everything #RangersFC

Former Rangers player and manager Graeme Souness has praised Steven Gerrard and his squad after they were crowned Scottish Premiership champions this afternoon. 🏆 pic.twitter.com/gyOXpLsKTQ

Congratulations to @RangersFC on winning the title. And well played Steven Gerrard on a fabulous achievement.

There was even reaction from the world of WWE – coming from their superstar and Rangers fan Drew McIntyre, giving the club great publicity across the USA and beyond.

We share a story of ups and downs, working harder than anyone else to get back on the path to championship glory. Congratulations to @RangersFC, winners of the Scottish Premiership. This custom @WWE Championship is YOURS!!! 💙 #RangersFC pic.twitter.com/jE699QmzoY

The party has only just begun.

Rangers are champions, fly the flag!