£8.5million playmaker ‘more than capable’ of big impact at Rangers 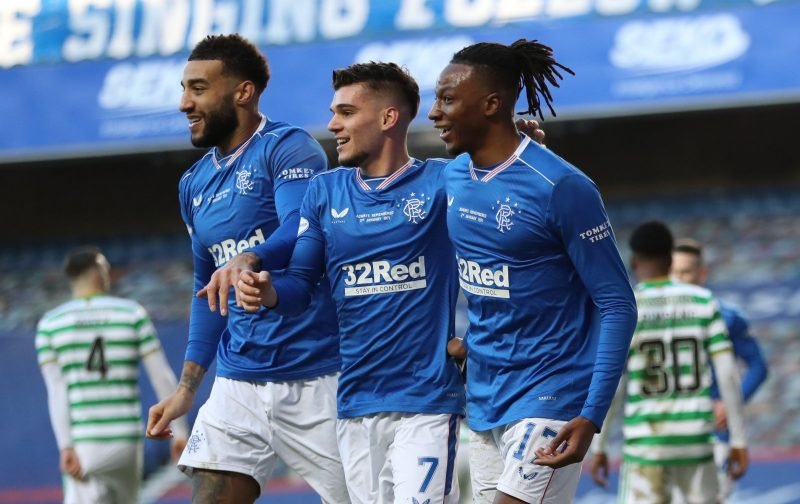 Joey Veerman is ‘more than capable’ of making a big impact at Ibrox, but he has been advised to stay in his native Netherlands, for now.

That is the opinion of his former boss Robert Molenaar, who managed Veerman at Volendam in the Dutch second tier and gave the player his debut.

Molenaar, who featured for Leeds and Bradford in the Premier League during his playing days, is concerned that a move abroad at this stage could stunt the growth of the talented 22-year old.

A move to the top of the Eredivisie has been mooted as a better option for now.

As reported by the Press Association, Molenaar said:

“I haven’t spoken to Joey lately, but if he wanted my advice I’d point him towards the big three in Holland instead of going abroad.”

“I think that would be a better choice for him to develop.”

“You know if you move abroad you will be judged not only on your ability, but also what the fee has been and what you show on the pitch.”

“If he stayed in Holland, he would remain in his normal surroundings and I think that would be kinder for him as he looks to make another step up.”

“His stress management is remarkable on the field and I think that would also mean he would be capable of enjoying the kind of life you get in Glasgow with a club like Rangers.”

“But I think if he were to go to Ajax, PSV or Feyenoord and adapt like he did when he moved to Heerenveen, then there will be even more teams for him to pick from after that.”

“That’s my opinion. There’s a lot of space in his development potential, but I think a kinder step would be to stay in Holland and see if he can manage that development.”

“At that point, however, he will become more expensive, so I can understand why Rangers would like to get him on board now.”

For Heerenveen this season, Veerman has notched up an impressive seven goals and nine assists over 28 appearances.

That follows a previous tally in 19/20 of four goals and five assists.

He has oversaw the rise of the promising player and followed his progress since the Volendam days.

Clubs in Italy and France are also said to be tracking Veerman and Molenaar went on to provide further insight, on the type of player that he is:

“The defensive side of the game is his Achilles heel. He won’t take the ball off the opponent too much because he’s more of a number 10.”

“If a move to Scotland did not work, that would be why.”

“But attacking-wise, he would be more than capable of coping with the faster pace in Scotland.”

“His stress management is remarkable. I used to say he would do the same playing on the village square in Volendam as he would in De Kuip in Rotterdam against Feyenoord.”

“Stress doesn’t seem to affect him. He has no fear to hold him down.”

A significant fee will be required to secure the signing of Veerman in what would be a serious coup for Rangers – time will tell how this one develops.