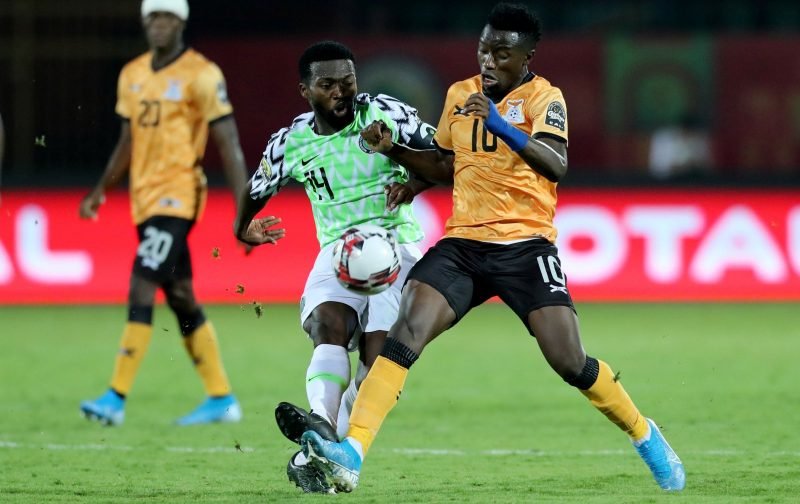 Oostende would have had a few extra fans for their 6-2 win over Standard Liege on Saturday evening as Rangers fans cast an admiring glance over a soon-to-be announced new recruit.

Fashion Sakala – despite the claims of The Daily Record – hasn’t quite revealed who he is signing for next, however, with the Ibrox side in the middle of a social media blackout out in protest against the recent racist abuse that players have received, there is probably a good reason for this.

The Zambian international was set to tell everyone who he was joining after scoring for Oostende against Liege but he’s probably been informed by the club to hold off – at least until Monday when the boycott ends.

One man who has backed the move is former Rangers centre-half David Bates who has faced Sakala for his current side Cercle Brugge, as reported by The Daily Mail:

“He needs someone to play off because he won’t win aerial battles for you or drop deep, make little passes and link play.

“He’ll be off the front, chasing things down and trying to run in behind to stretch defences.

“He definitely offers something different to what Rangers have.

“He’s got lots of pace and he will chase defenders down. If you’re a pressing team, he will do well for you.”

“Along with Gueye, they did really well this season so it doesn’t surprise me that clubs like Rangers are interested.

“Sakala is still raw but as a free transfer you can see why Rangers are after him.

“It will be hard for Sakala to get into the starting line-up but it’s tough for any player to go to Rangers and get used to their style of play right away.”

What’s not to like? We’ve heard this season about playing with two number tens and two number nines on occasion, with Kemar Roofe and Alfredo Morelos able to occupy defenders centrally, having players with genuine pace to support them is a huge asset, as is being able to score almost a goal every two games without being an out-and-out striker.

It’s a done deal in everything but name, keep calm and keep following, it will all be announced in a timely Fashion….