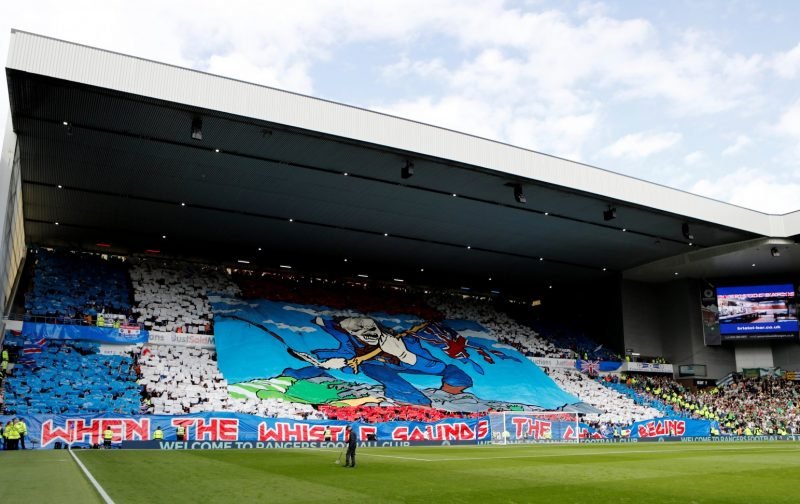 On the streets and in the stands.

That is the remit of the Union Bears, Rangers ultras group.

Despite the lockout season recently finished, the dedicated fan activists continued to do their bit to support the team and the club off the pitch and the favour was returned for all of us on the pitch, in style.

In a fitting gesture, representatives of the UB were able to position the group banner front and centre underneath the Scottish Premiership trophy – on display in the Blue Room – giving prominence to the group logo.

A nice touch which will go down well with sections of the wider Rangers support, as unveiled by the UB on Twitter this evening.

The group are synonymous with the matchday experience and atmosphere at a ‘normal’ Ibrox but in these current times, they have had to evolve and adapt, as like many others.

In the recent title celebrations, the Union Bears played their part – going above and beyond.

The spectacular pyro show over the River Clyde set the tone for a massive weekend of celebrations in Glasgow last month – never to be forgotten.

Pride of the Clyde pic.twitter.com/o3TLhvu2p1