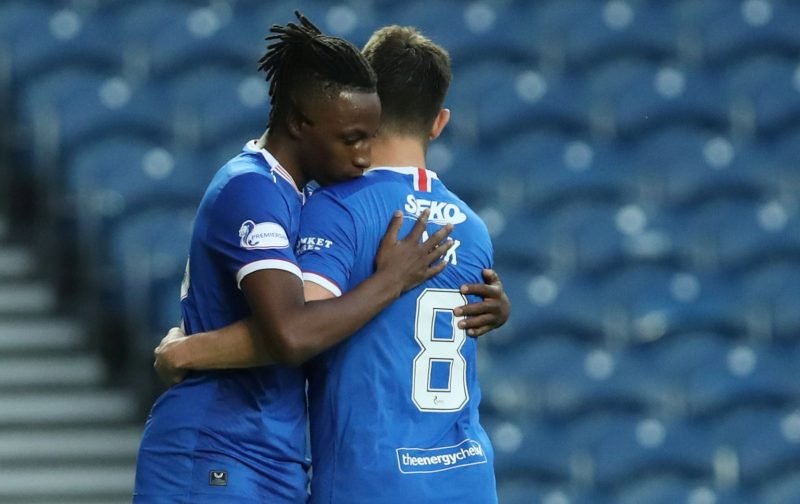 This was a very important goal to win a hard fought game as Rangers overcame Kilmarnock 1-0 in February to go within four wins of the title.

It was a strike right out of the top drawer from Ryan Jack, sublime.

Despite that, it was just one of many stunning goals scored this season by Steven Gerrard’s champions.

The goal of the season award went to Kemar Roofe for his long-range wonder strike, from his own half, against Standard Liege.

It was a worthy winner, but there was a long list of contenders.

In domestic games alone there were others such as James Tavernier’s free-kick from distance at Tannadice, Joe Aribo’s thunderbolt at home to Dundee United in March, Ryan Kent’s solo effort against Aberdeen and Jermain Defoe’s stunning first time finish against Livingston.

Not to mention another goal of Jack’s in the January thumping of Ross County.

And we haven’t even mentioned Alfredo Morelos yet!

Quite simply, Rangers blew away all domestic competition this season on the road to the title.

Yes, a few wins were gained narrowly but that comes with a solid defence.

Regardless of other team’s struggles, Rangers won the league on merit, in style – with an abundance of quality goals.