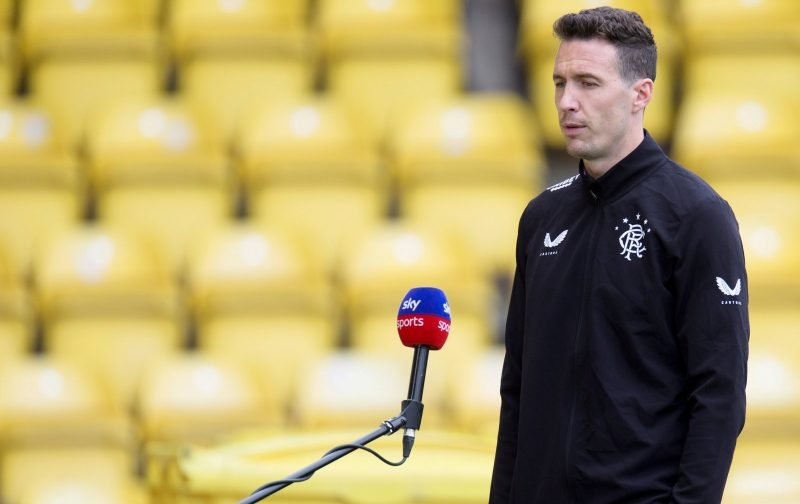 Rangers take on Dundee Utd at Ibrox this afternoon and will be expected to have a similar look to the side that beat Hamilton Accies before the international break.

Steven Gerrard gave an injury update in which he revealed that Jermain Defoe and Cedric Itten were nearing a return, Borna Barisic is fit but that Joe Aribo will be missing from the  starting XI after suffering a setback with his ankle injury – remember he got penalised despite being injured in the tackle that caused the injury.

Filip Helander played for Sweden against Portugal in mid-week and Leon Balogun, who is not long back from injury, will have spent the last couple of weeks training with Connor Goldson, something that Gerrard might factor into his selection to allow the big Swede a longer recovery. 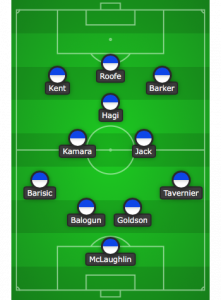 Steven Davis has played for Northern Ireland and as a result will probably have to consent himself with a place on the bench, for purely selfish reasons, the sooner he retires from international duty, the better.

The younger pairing of Ryan Jack and Glen Kamara will probably line up in the middle of the park as a result of Davis exertions but it is in the attacking third that the decision making will be tough.

Ianis Hagi played well against Hamilton before the break and should keep his place whilst Aribo continues his recovery, unless he is fully fit of course, with Ryan Kent, Kemar Roofe and the reformed Brandon Barker taking up the other positions whilst Alfredo Morelos continues to kick his heels on the bench.

It would be harsh to drop Jon McLaughlin between the sticks because of how well he has been playing so Allan McGregor may have to wait for either the Europa League or cup competitions for his chance to reclaim his place – United lost 4-0 in their last fixture, however, it’s Rangers they are playing and we all know how hard they will be trying to get a result, a 2-0 win for Gerrard’s side to maintain top spot would be greatly appreciated.