Gers must move for Lepinjica, see for yourself 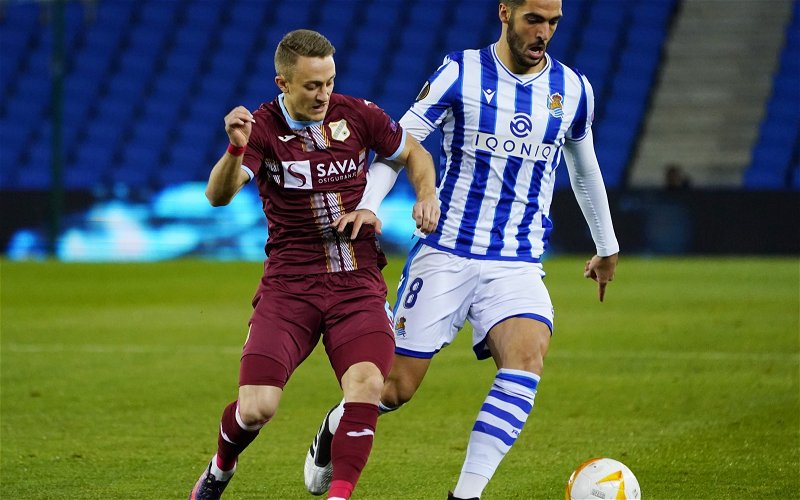 The role of a Rangers midfielder has change since Giovanni van Bronckhorst took over as manager, the two tasked with patrolling the centre of the park have to dominate possession and win the physical battle too.

Not only this, but as we’ve seen with John Lundstram, James Sands and even Glen Kamara in Gio’s early days, they are also expected to drop into defence when the game state dictates, tactical flexibility being one of our main strengths in our run to the Europa League final.

In Ivan Lepinjica, we have a midfielder who is tailor made for our current system and as seen by the YouTube compilation below, it’s easy to see how he would fit in to our team.

Aside from his athleticism, the first thing you notice about Lepinjica is how good his on the ball. Every time, before he receives it, he scans for opposition players and moves the ball towards space rather than playing the safe option back the way.

The number of times he evaded defenders with clever control before picking an aggressive forward pass is also encouraging, one of the criticisms of Sands is that he has been too safe in possession when he has been given the chance to start games, he has never been wasteful or looked as if he has a technical deficiency but our midfielders have to do more.

Ivan Lepinjica has been linked again with Rangers this time alongside Wolves roughly 12 months after first reports emerged in June 2021. Only managed just over 1000 minutes in 21/22 but impressed and price-depending could be a really good piece of business. https://t.co/UgdsQvRI2R pic.twitter.com/bSeZyuPsPB

We are well stocked for midfielders but, Steven Davis can’t go on forever, we will also, undoubtedly, look to cash in on the likes of Glen Kamara and I’ve yet to see a more suitable player available within our budget than Lepinjica – sometimes the timing might not be right but missing out on a player who has as high a ceiling could be one we live to regret in the future.