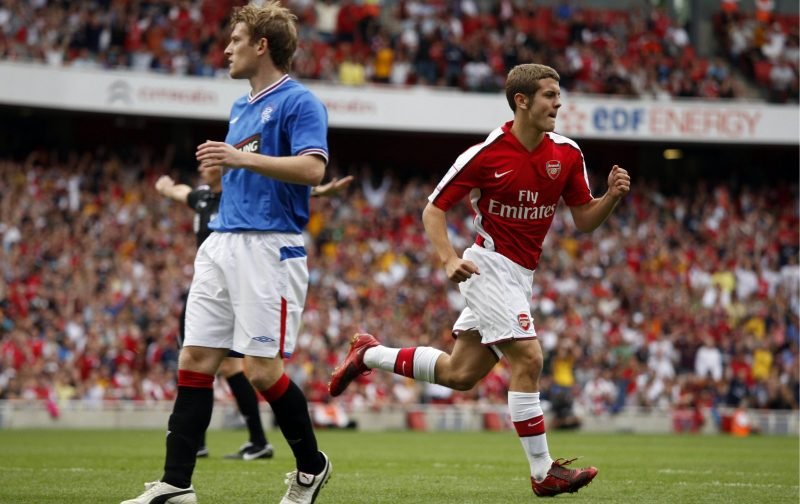 For the day that’s in it.

A case of what could have been for everyone at Rangers, but ultimately not to be.

Given all that has happened since the last round and the conduct of Slavia Prague following the abuse aimed at Glen Kamara, it is obvious that most Bears will be cheering on the Gunners tonight.

Rangers ‘Pic of the Day’ feature on social media appears to have joined in….or perhaps it is just a coincidence.

As can be seen below, Rangers icon Bill Struth is pictured next to Arsenal’s Herbert Chapman, a snapshot of the close relationship that they enjoyed.

Other links are in place between the clubs of course, but sadly one of the strongest ties was broken thanks to the selfish destructful actions of disgraced custodian Craig Whyte who sold nominal shares on Arsenal that were held by Rangers.

Current manager at the Emirates Stadium, Mikel Arteta, enjoyed a productive spell at Ibrox and he remains popular for his role on the last day of the 2002/03 season when his penalty was important to land the club’s 50th title.

As for what happens on the pitch, the two legs will be very interesting.

Slavia will be no pushovers for Arsenal, can they eliminate a third British sie from the competition?