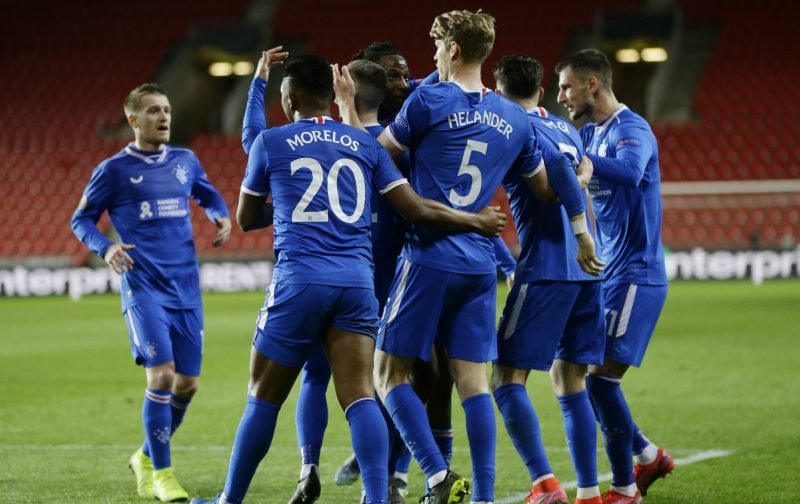 The monotony of the Scottish Premiership that saw us play Kilmarnock and Aberdeen in over 20% of our games in 2018/19 is a major down side to being a Rangers fan.

There has always been talk about joining the Premier League or the ill-fated Atlantic League but with the Belgian and Dutch football authorities considering a merger talk has return to the future of the Old Firm.

French sports finance expert Jean-Pascal Gayant has claimed that one solution to the current money issues caused by the collapse of their TV deal could be rectified by inviting the Glasgow giants to join Ligue 1, as reported by Football Critic:

“The Champions League and the other European cups form a system allowing the best teams to compete against each other on a recurring basis, but, in the national championships, the gap between the cadors [the biggest teams] and the ‘rank-less’ continues to grow.

“It is also a real proposal, because the Scottish championship is a bit wobbly: 12 teams that meet three times each, then five more games to find a way to end the season by trying to correct the structural imbalance.

“In addition, the two Glasgow clubs crush the others. Yes, making room for these two Scottish clubs in our Ligue 1 seems to me to be an opportunity jointly for Scottish football as for French football.”

First of all, where do we sign?! In all seriousness though, it is cheaper getting to Paris and Marseille – maybe not Monaco – than it is some of the destinations in Scotland, it would also lead to some pretty epic bus journeys.

The biggest hurdle though is that the Scottish Premiership now has it’s two Champions League places back meaning that winning the league is no longer as important as it used to be – if the coefficient can be maintained that is – and reaching the group stages can earn in the region of £40 million, it would have to be worth while to sacrifice that sort of earning potential.

The flip side is that France gets four Champions League places and changes to the competition could make Ligue 1 even more tempting, Rangers would be in a great position to bring in better players if they were competing in a more prestigious league, it’s more attractive than joining a Scandinavian league but what would you do? Let us know by taking part in the Vital Rangers poll.