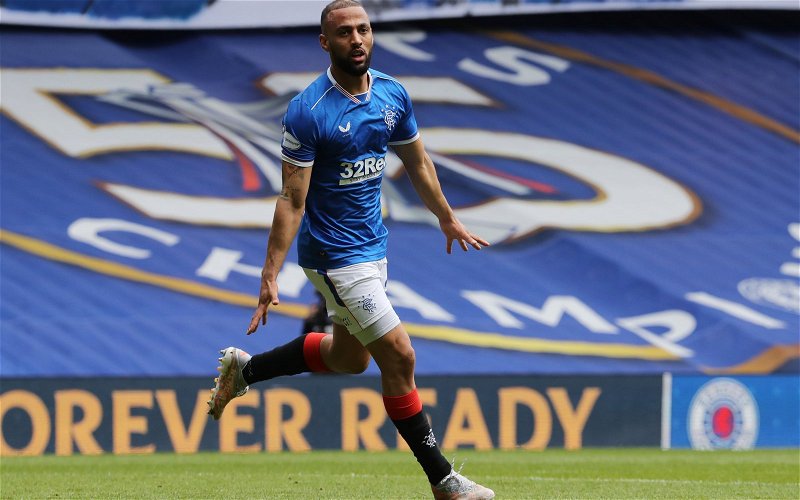 Rangers may have drawn the other side from Prague for this season’s Europa League, however, it would appear that there is still a residual animosity from the infamous tie against Slavia last season.

In his pre-match press conference, Steven Gerrard was asked specifically about how Kemar Roofe and Glen Kamara will cope with playing against the Czechs, what relevance this has when the stadium will be absent of fans other than local school children, I’m not quite sure.

There was, however, an unsightly incident at the airport when Rangers arrived, Roofe being confronted and asked if he had come to “injure another goalie”, a reference to the injury that Ondrej Kolar sustained in the accidental collision that saw the striker sent off and then suspended for this season’s qualifiers.

Looking forward to a Roofe masterclass in Prague to shut these inbred cretins up. 🔵🔴⚪ pic.twitter.com/Sj7p09zLLt

It’s maybe just as well that Sparta have a stadium ban for persistent racism offences and that Rangers fans have also not been allowed tickets for the game when you see some of the comments on social media.

Hope it fires him up even more

Was that Kermit the Frog asking the questions? Absolutely backwards country lmao. His tackle was bad, but he served a punishment for it. Kudela will always be racist scum, with what seems like a good portion of their fanbase, as well as Slavia’s.

Should have said ‘aye mate, see ya later’ https://t.co/mtUZfOpm67

Honestly this is just the beginning aint it? Disgusting comment to make. https://t.co/TWm5T4Nu9X

I’m yet to hear from a decent Czech regarding Kamara’s racial abuse.

Even Sparta fans cared more silencing a victim than calling out racism. https://t.co/uCAR7jNHh0

The best thing Roofe can do to silence the Sparta – and Slavia – fans is by scoring the winning goal, it would be a fitting reward for the abuse he has suffered since the game at Ibrox and the shameful events of that night.